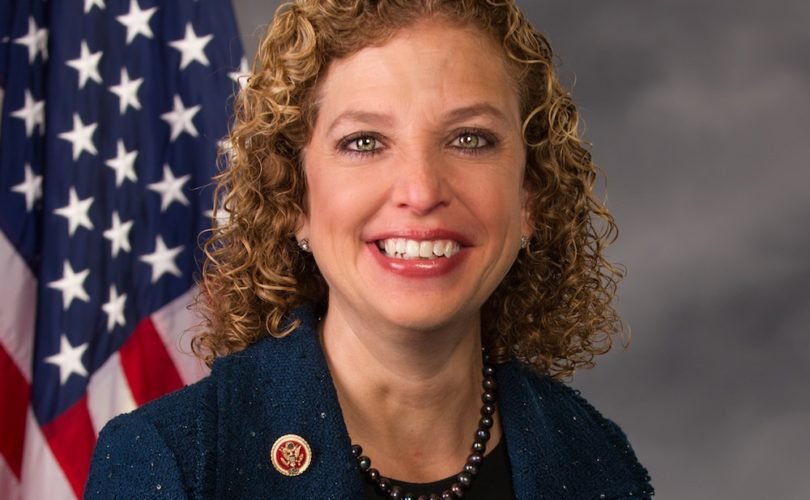 TOLEDO, OH – The leader of the Democratic Party suggested that the state of Ohio “needs a shower” because its Republican political leaders had closed abortion facilities and defunded Planned Parenthood.

Democratic National Committee chairwoman Debbie Wasserman Schultz attended a candidate forum in Toledo last Friday, where she denounced “the extremism of [Governor] John Kasich, and [Secretary of State] Jon Husted, and your [state Treasurer Josh] Mandel, who is just drowning in ethical conflict and scandal — this state needs a shower.”

“I’m making my communications staff cringe, I’m sure,” she said.

Schultz stated that Governor Kasich is “hell-bent on undoing all” the progress supported by Democrats.

According to multiple state news outlets, Schultz specifically mentioned the fact that the Capital Care Network, Toledo's last abortion facility, is likely to close due to a law Kasich signed requiring abortionists to have admitting privileges at a local hospital.

She also rapped the Republican-controlled state legislature for passing a budget that effectively stripped Planned Parenthood of taxpayer funds.

“The Republican Party, with their war on women, is obsessed with getting all up in women’s business,” she said, adding that the GOP is “totally ignorant, and insensitive, and callous, and indifferent” to women.

Democrats have signaled that they rest their hopes in 2014 on turning out unmarried female voters, as they did in Virginia in 2013. “When women vote, Democrats win,” said Schultz, a U.S. congresswoman from Florida.

Mitt Romney lost the 2012 presidential election in part by losing female voters by a 12-point gap, although 53 percent of married women voted for him.