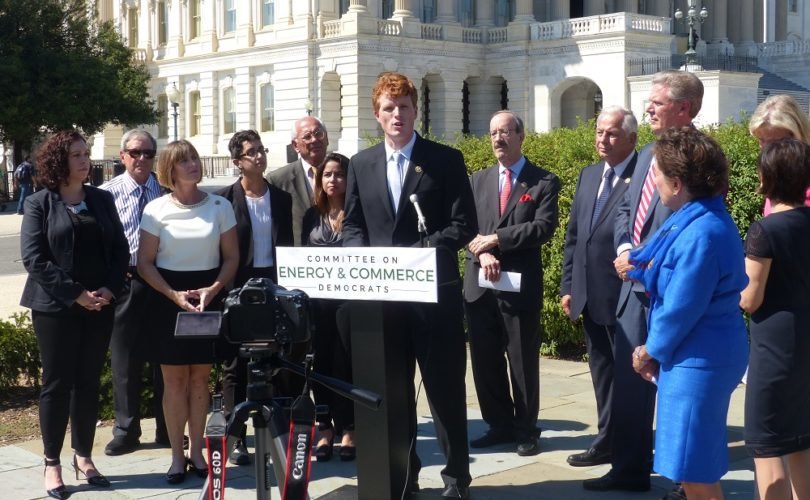 Community health centers, which outnumber Planned Parenthood clinics more than 20 to 1, do not provide abortions but they do provide contraception, including abortifacients.

Rep. Frank Pallone, D-NJ, spoke with LifeSiteNews after a press conference held by the committee's Democrats. More than a half-dozen members of Congress and three abortion advocates spoke at the conference, with many praising Planned Parenthood's practices and condemning “deceptive” undercover videos from the Center for Medical Progress.

In a short speech, Rep. Diana DeGette, D-CO, told reporters that “community health centers, wonderful as they are, cannot provide these services. They're already woefully underfunded, they're already woefully unable to serve Americans, and, in the case of women's welfare and birth control, they are not able to serve the either two million women who use Planned Parenthood every year, with over 4.2 million visits.”

DeGette's comments came in the context of criticizing Republicans for saying they would send money that formerly went to Planned Parenthood to community health centers. “This is simply a fig leaf that the Republicans are using for an effort that, if successful, would stop health care for millions of American women,” she said.

Pallone told LifeSiteNews that “from my own experience in my district, I don't think it's a question of money as much as not having the expertise. In other words, most of them just don't provide the specialized women's health services, particularly with regard to family planning and that type of thing.”

“I know that because of the additional funding with the stimulus, and the ACA, that some have now opened up women's clinics, but that's still rare. For the most part, they don't have them.”

Democratic speakers regularly cited Planned Parenthood's statistic that 97 percent of its services are not abortions, a number disputed in 2013 by a Slate.com Senior Editor, as well as The Washington Post's The Fact-Checker, because Planned Parenthood unbundles its services. Additionally, less-profitable contraceptives are counted at the same level of “services” as medical and surgical abortions.