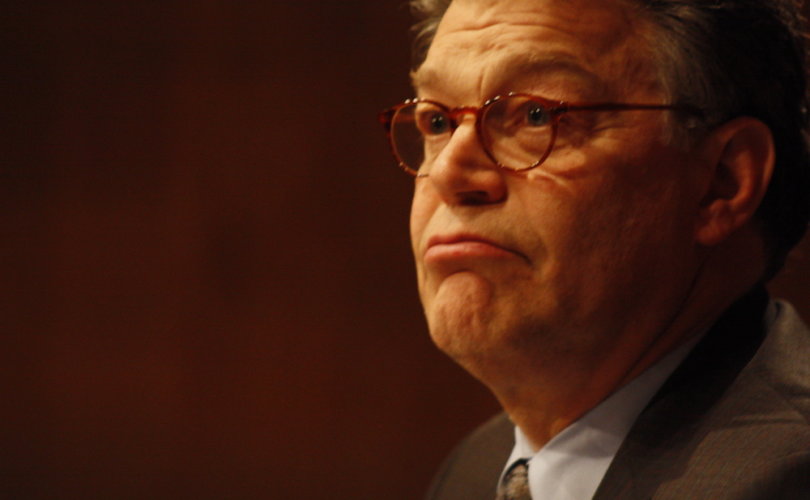 PHILADELPHIA, July 26, 2016 (LifeSiteNews) – Democrats should be devoted to Hillary Clinton – more so than they are to their own families, according to Senator Al Franken. In his speech before the Democratic National Convention last night, the Minnesota Democrat said people should consider abandoning their children to work for Clinton’s election.

“This week is about passion. But starting Friday morning, it's all about hard work,” he said.

“They'll be fine. You have work to do,” the former “Saturday Night Live” writer said. “Get on those phones. Knock on those doors. And tell 'em Al Franken sent you.”

Franken and comedienne Sarah Silverman took the stage to call for party unity. Silverman told die-hard supporters of Bernie Sanders, “You're being ridiculous.”

The remark was not well-received.

Sen. Franken's message of familial negligence conflicted with the theme of the evening, highlighting the economic pressures faced by families.

“We know that when families are strong, America is strong,” Sen. Kristen Gillibrand of New York said shortly before Franken took the stage.

“As president of the United States, [Hillary Clinton] will bring our workplace policies out of the Dark Ages, and always, always, put families first,” she said.

Far-Left political activists have been known to place politics ahead of every other concern, including their own children, especially members of the Communist Party USA. “My parents would go out many evenings a week to what they described to me as ‘school meetings,’” Charles Gross wrote in his autobiography, Wait: A Memoir of a Red Diaper Baby. “After they died my Uncle Sol explained, ‘Those meeting your parents would go to all the time were actually Party meetings…You used to [wet] your bed at night because they were out almost every night.’”