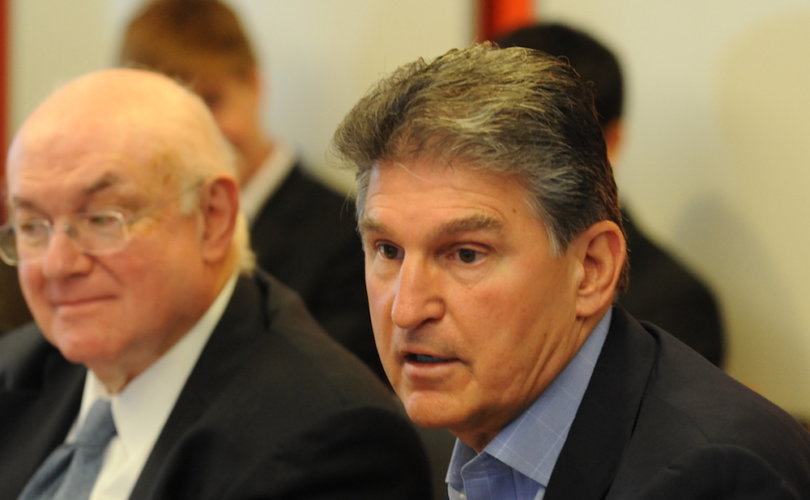 The final draft of the platform “champions Planned Parenthood,” according to a press release from the Democratic Party.

“The platform also vows to oppose, and seek to overturn, all federal and state laws that impede a woman’s access to abortion, including by repealing the Hyde Amendment,” as well as the Helms Amendment. The laws, both passed in the 1970s, prevent the government from using taxpayer funds to underwrite abortion-on-demand in the United States or abroad, respectively.

“That's crazy,” said Sen. Manchin, one of a handful of U.S. senators who identifies as a “pro-life Democrat,” along with Indiana's Joe Donnelly and Pennsylvania's Bob Casey. All three voted in favor of the Pain Capable Unborn Child Protection Act last September.

“It's something that I know most of the Democrats in West Virginia and most West Virginians would not agree with. I don't either,” he told The Weekly Standard.

If the full platform committee approves the draft language at its meeting on July 8 and 9 in Orlando, it would complete a 40-year march to embrace abortion-on-demand in every instance. Abandoning the big tent philosophy of its 1976 platform, subsequent platforms supported the “right” to an abortion, while expressing the hope that the procedure would become “rare.”

Since that time, Democrats have lost more than 1,000 state and national races, including 13 races for U.S. Senate and 11 gubernatorial contests, according to Kristen Day of Democrats for Life of America.

Four years ago, DFLA asked the party to change its abortion plank to “recognize that members of our party have deeply held and sometimes differing positions on issues of personal conscience, like abortion and the death penalty.”

The proposed language of the 2016 Democratic platform regards capital punishment as an evil, stating, “We will abolish the death penalty, which has proven to be a cruel and unusual form of punishment. It has no place in the United States of America.”

Day says the party needs to adopt “a more inclusive and open political coalition” on the issue of abortion. “As it is, the national party platform is closed to all Democrats who believe that we must find better solutions to the challenges mothers face than aborting their children.”

While the Democratic Party platform is unlikely to moderate this summer, a potential battle is brewing in Cleveland, as delegates loyal to Sen. Ted Cruz have promised to stop Donald Trump from changing the GOP's pro-life plank to allow more exceptions for rape and incest.