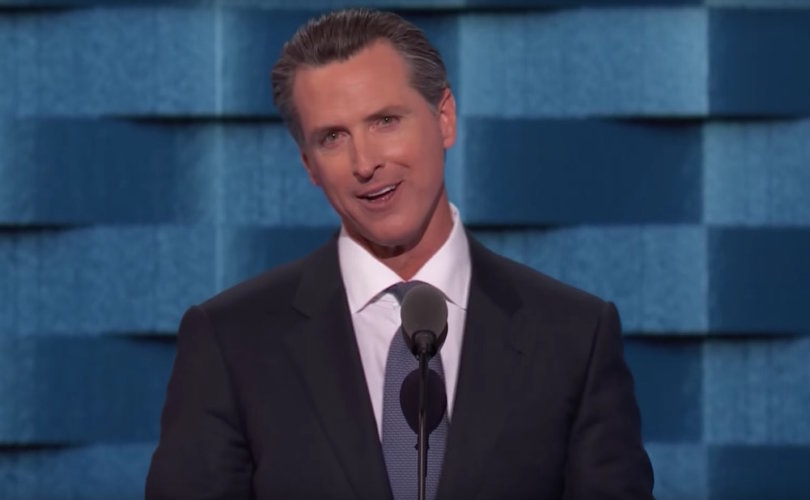 He then referenced a speech by PayPal founder Peter Thiel to the Republican National Convention in Cleveland.

“While it's refreshing to finally see an openly gay man speak at a Republican convention, it doesn't remove the stain of selecting Mike Pence, America's most anti-LGBTQ governor,” Newsom said.

“Pence supported overt discrimination and even advocated diverting taxpayer dollars to so-called ‘conversion therapy,” he continued. “That's not ‘praying away the gay’; it's emotional torture against our most innocent citizens, our children, telling them that to live, they must lie about who they are, and who they love.” “That's fundamentally un-American,” he said.

Newsom, who began issuing invalid marriage certificates to same-sex couples while he was mayor of San Francisco, said enacting the LGBT political agenda is “what America is about, and that's what makes America great.”

They have also asked the United Nations to label the practice a form of torture.

However, its proponents say the therapeutic technique empowers young people to control their sexuality and banning it, especially in cases when homosexual attraction was triggered by molestation, is “a form of child abuse.”

New York Congressman Patrick Maloney made a reference to transgender restroom use, equating it with “equality.”

The convention also heard from: