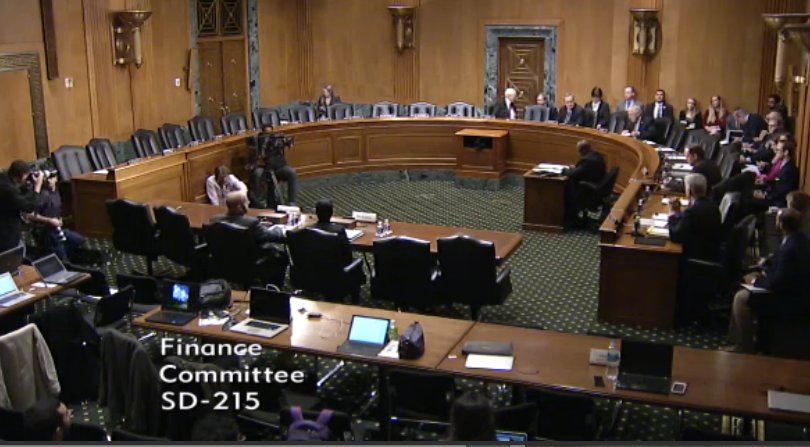 WASHINGTON, D.C., January 31, 2017 (LifeSiteNews) – Democrats prevented a vote on President Trump's Secretary of Health and Human Services nominee Rep. Tom Price by not showing up to a scheduled Senate committee meeting this morning.

Had the meeting convened with a Democrat present, the committee would have voted on advancing the confirmations of Steven Mnuchin as Secretary of the Treasury and Price as HHS Secretary.

“This is the most pathetic thing I’ve seen in my…time in the United States Senate,” he said. Hatch described the Democrats' tactics as “pathetic” multiple times throughout the meeting. He said Democrats were committing a “dereliction of duty.”

“They ought to be embarrassed,” he said.

“This is a completely unprecedented level of obstruction,” said Toomey. “President Trump needs to have his cabinet put in place.”

The Republicans noted that although many of them didn't agree with former President Obama's cabinet nominees, they voted to confirm them with the understanding that the president needs staff to help him serve the country.

“If the media doesn’t criticize them for this, then my gosh,” Hatch commented.

Pro-life and pro-family leaders have applauded Price's nomination, calling the orthopedic surgeon an “excellent choice” to lead the government department that oversees Medicare, Medicaid, the Food and Drug Administration, and the Centers for Disease Control and Prevention.

“Dr. Price is uniquely qualified for the position of Secretary of HHS, having decades of experience as a doctor and having served in leadership positions in the House of Representatives, including as Chairman of the House Committee on the Budget,” the Family Research Council's Tony Perkins wrote in an email to supporters early Tuesday morning.

“Dr. Price is the person to roll back…politically driven regulations” like the “contraceptive mandate, which required even the Little Sisters of the Poor, a group of nuns, to have contraceptive coverage in their insurance plan,” wrote Perkins. “In the last year, HHS also issued a regulation redefining sex to include gender identity and requiring medical providers who provide hormone therapy for people with hormonal disorders to also provide hormone treatment for people seeking to transition from one sex to the other.”

Perkins expressed his confidence that Price will “protect the consciences of employers, employees, and medical providers.”

Price has a zero percent rating from Planned Parenthood, who labels him a “direct threat” to the abortion agenda.

Hatch said the committee would meet again to vote on Price and expressed his hope that Democrats would show up.