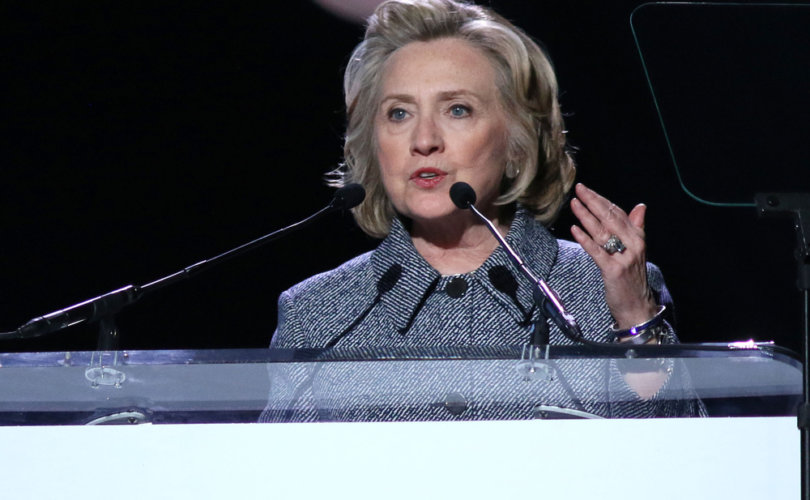 PHILADELPHIA, July 27, 2016 (LifeSiteNews) – The Democratic Party’s 2016 platform pledges to “stand up” for Planned Parenthood, fund abortion nationwide and around the world, vows to “overturn” state and federal restrictions on abortion, proposes cracking down on pro-life sidewalk counselors, and affirms abortion as “core” to people’s “health and well-being.”

Delegates to the Democratic National Convention formally adopted the 55-page-long platform on Monday.

In addition to a constitutional right, the platform describes “safe and legal abortion” as “core to women’s, men’s, and young people’s health and well-being.”

“We will continue to stand up to Republican efforts to defund Planned Parenthood health centers, which provide critical health services to millions of people,” the document says. Democratic nominee Hillary Clinton, who was endorsed by Planned Parenthood early in the primaries, has promised “more federal funding for Planned Parenthood” if she is elected.

While Democratic politicians have defended funding the nation’s largest abortion provider by noting that taxpayers do not pay for abortions in most cases, they would change that if possible.

“We will continue to oppose—and seek to overturn—federal and state laws and policies that impede a woman’s access to abortion, including by repealing the Hyde Amendment,” which prohibits abortion funding except in the cases of rape or incest.

The platform vows to end the “discrimination” that does not allow low-income women to have their abortions paid for by taxpayers, and respects the consciences of those who choose not to offer abortion in their health insurance plans.

For the first time, the nation’s oldest political party calls for repealing the Helms Amendment, which bars U.S. taxpayer funding of abortion through foreign aid to other nations. “Safe abortion must be part of comprehensive maternal and women’s health care and included as part of America’s global health programming,” the platform states.

The Democratic policy document also carries the implied threat of greater federal prosecution of sidewalk counselors, as Democrats say they will “combat any acts of violence, harassment, and intimidation of reproductive health providers, patients, and staff.” An 84-page “resource guide” given to FBI agents in 2010 described pro-life “pamphlets targeting staff” and “noise disturbance” as forms of “intimidation.”

Predictably, the platform reiterates Clinton’s promises to appoint judges who “will protect a woman’s right to safe and legal abortion,” something she has called a “litmus test.”

“We are committed to creating a society where children are safe and can thrive physically, emotionally, educationally, and spiritually,” the platform’s section on “Securing Reproductive Health, Rights, and Justice” concludes.

No further left to go

NARAL Pro-Choice America President Ilyse Hogue – who served on the platform committee – called this year’s document “far and away the most progressive platform on reproductive health, freedom and justice in the history of the party.”

“If platforms are statements of collective values and a blueprint for candidates to follow once elected, the choice could not be more clear,” said Hogue, who is scheduled to address the DNC this afternoon, as is EMILY’s List President Stephanie Schriock.

It strongly contrasts with the Republican Party’s 2016 platform, widely described as the most pro-life in the party’s history. In addition to a constitutional amendment protecting the unborn, the platform endorses conscience rights and, for the first time, calls for defunding Planned Parenthood.

Kristen Day, executive director of Democrats for Life of America, objected that her own party “would force those who object to abortion to contribute to what we believe would be government-funded killing, and it would eradicate policies that have already saved hundreds of thousands of lives.”

“There is no further left for the Democratic Party to go,” said Susan B. Anthony List President Marjorie Dannenfelser.

She said her organization’s “ground team has already knocked on more than 466,000 doors in battleground states reaching voters – including pro-life Democrats – confident that the Clinton-Kaine position in support of abortion on-demand, up until the moment of birth, at taxpayer’s expense, will be rejected at the ballot box.”