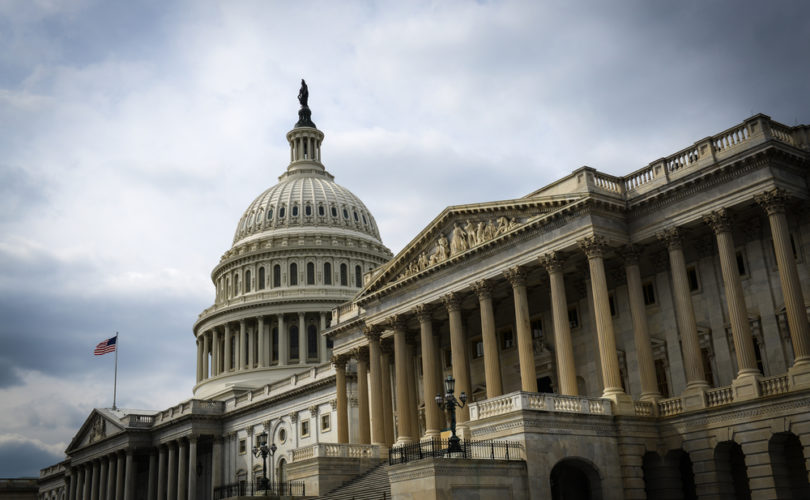 Update Feb. 13, 6:49PM EST: This report has been updated to reflect a fifth attempt to get a vote on the bill in the House.

WASHINGTON, D.C., February 13, 2019 (LifeSiteNews) – Democrats in the House of Representatives on Monday evening blocked another vote on legislation to guarantee medical care for newborns who survive attempted abortions, marking the fifth instance  in the House and the sixth overall.

Currently, the Born-Alive Infants Protection Act defines infants who survive abortions as “human beings,” “persons,” “individuals,” and “children” with all the rights those terms entail, but doesn’t mandate specific treatment for them. The Born-Alive Abortion Survivors Protection Act would supplement it by specifically requiring abortionists to get such babies to hospitals.

The bill was reintroduced in the current Congress in response to an interview in which Democrat Virginia Gov. Ralph Northam defended the prospect of letting a disabled or “non-viable” infant die after a failed abortion attempt, for which he later said he had no regrets.

Democrats have blocked multiple attempts to hold votes on the bill, with Monday marking the fourth in the House. Last week Democrat Sen. Patty Murray of Washington blocked an attempt in the Senate, as well. Republican Rep. Jackie Walorski of Indiana made the fifth attempt to get a vote on the bill Wednesday afternoon, she announced in a Twitter thread:

I stand with my colleagues to speak out against the radical and dangerous policies being pursued by Democrat leadership in state legislatures across the country.

Sadly, Democrat leadership in the House is standing in the way, refusing even to allow an up or down vote. This is not a partisan issue. It is simply what's right.

Republicans have called for the bill to be passed by unanimous consent, under which a bill automatically passes if no senator objects, as well as for roll-call votes to be held. In the Democrat-controlled House, Rep. Ann Wagner and House Minority Whip Steve Scalise plan to file a discharge petition to force a vote, under which it will receive a vote regardless of leaders’ opposition if it gets the signatures of least 218 House members, a simple majority.

“If the Democrats object, we’ll ask again, and again and again because it is just right,” House Minority Leader Kevin McCarthy promised.

On Wednesday, the Susan B. Anthony List released the results of a poll it commissioned from McLaughlin & Associates, which finds that 77% of Americans support the protections of the Republican bill, and 62% oppose late-term abortions.

The born-alive bill is unlikely to pass the Democrat-controlled House, a recurring issue as pro-lifers consider how to advance the pro-life cause over the next two years. In his State of the Union address, President Donald Trump called on Congress to go further by passing a late-term abortion ban, as well.