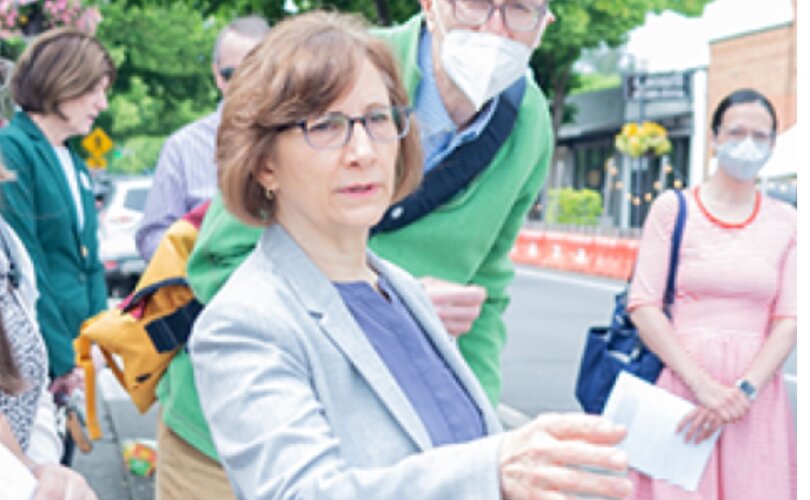 WASHINGTON, D.C. (LifeSiteNews) — Democrats in the U.S. House of Representatives called anti-infanticide legislation “extremist” and “dangerous,” with all but two voting against the bill.

Texas Democrat Sheila Jackson Lee denied that infanticide and “partial-birth abortion” are even a problem. She also called the legislation “extremist” and said, as a “person of faith,” she would oppose the bill to protect innocent babies who survive abortions.

Michigan Democrat Hillary Scholten also claimed her Christian faith conformed with her support for abortion through all nine months of pregnancy as well as her opposition to anti-infanticide bills. Scholten botched Jeremiah 1:5 and claimed that it’s actually a pro-choice verse because it doesn’t say “the government’s womb.”

“I believe life is precious,” Scholten said before voting against basic medical protections for babies who survive an abortion.

Rep. Hillary Scholten (D-MI): “As a pro-choice Christian who chose life, this issue is personal to me… When I read scripture, I turn to Jeremiah 1:5 which states ‘I knew you before I formed you and placed you in your mother’s womb.’ It doesn’t say the government’s womb.” pic.twitter.com/IH6Z2KhT4f

The text of the bill requires, under criminal penalty, that healthcare professionals “exercise the same degree of professional skill, care, and diligence to preserve the life and health of the child as a reasonably diligent and conscientious health care practitioner would render to any other child born alive at the same gestational age.”

It also requires medical professionals to “ensure that the child born alive is immediately transported and admitted to a hospital.”

Congresswoman Ann Wagner (R-MO) celebrated the passage of her bill.

“Every single newborn, regardless the circumstances of their birth, deserves to share the miracle of life and have lifesaving medical care,” Wagner stated. “We must act with compassion to protect these little ones and give women a strong support system as they navigate the miracles and challenges of motherhood.”

“This bill will save real lives, and it will give survivors a precious chance to build a future,” she said in her media statement. “Our world is blessed now that we all know the Republican majority is here to fight on behalf of the precious, innocent lives of those who cannot fight for themselves.”

RELATED: Thousands of babies survive abortions each year. The abortion industry wants to erase their existence

The bill now heads to the U.S. Senate where it faces an uphill battle due to Democratic control.

The legislation comes on the heels of a nationwide push by Democrats to allow abortions through all nine months of pregnancy—states such as New Jersey, Illinois, and California have all removed gestational limits on abortion.

Similarly, former Virginia Governor Ralph Northam, a Democrat, sided with Delegate Kathy Tran in 2019 in support of legislation to allow abortion up until the moment of birth, and made comments that seemed favorable to infanticide.