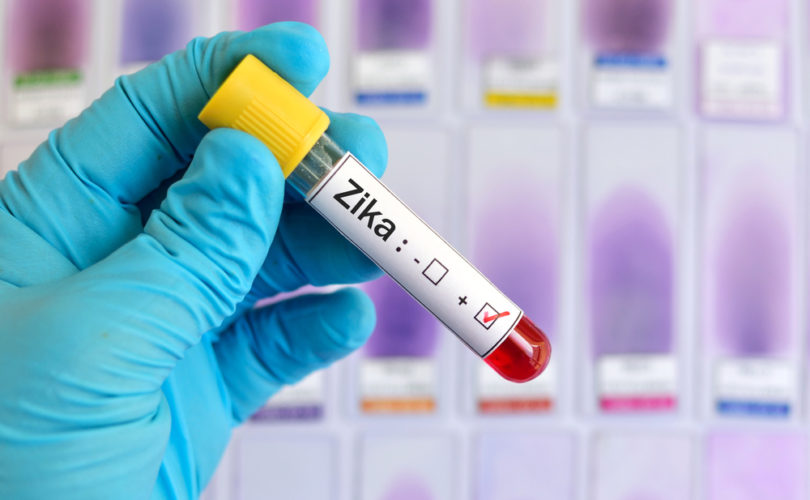 WASHINGTON, D.C., September 7, 2016 (LifeSiteNews) – Fresh off a seven-week vacation, Senate Democrats filibustered more than $1 billion in funding to combat the Zika virus because it does not fund Planned Parenthood, the third time senators have held up relief for the disease over the issue.

A spending bill that included $1.1 billion in anti-Zika relief funding passed the Senate on Tuesday by a vote of 52-46, eight votes shy of the 60 needed to end a debate waged by Democrats.

Smarting from public disapproval, Democrats quickly deflected blame over the holdup. “It wasn't the Senate Democrats who blocked” the bill, said House Minority Leader Nancy Pelosi, D-CA. “It was the insistence of the Republicans that Zika, which is a sexually transmitted disease, they're saying whatever we do, no resources can go for contraception.”

But Sen. Patty Murray, D-WA, admitted “of course we are not going to accept a bill that precludes” Planned Parenthood.

Seeking to illustrate the frustration percolating in Florida, where officials have documented 56 locally transmitted cases of Zika, Congressman David Jolly brought a jar of 100 Aedes aegypti mosquitoes to the House floor on Wednesday. “We are wasting time. That is why I’m joined by these mosquitoes today,” he said.

Pelosi said Wednesday that she and other House Democrats would agree to the lower amount – but only if restrictions on Planned Parenthood were lifted, and only if the funding lasted for a full year rather than a temporary spending bill.

Some Republicans have hinted they may back down before the fiscal year ends September 30. “For this to get done, that language just may have to go away,” said Sen. Roy Blunt, R-MO.

But others question just how dire the funding issue is. CDC Director Tom Frieden told reporters last week, “We are out of money. … The cupboard is bare.”

But Sen. James Lankford, R-OK, has asked where hundreds of millions of dollars in leftover public funding that have already been appropriated have gone.

“In April, the Obama administration publicly stated there was $589 million left from the Ebola response that was available to quickly redirect funds to address Zika. As of today, only $112 million of the $589 million has been used,” Sen. Lankford said Tuesday. “President Obama has still not answered the most basic question of why he has continued to demand more money while refusing to spend the nearly half-billion dollars of Zika funds already allocated.”

The crisis has not harmed every sector of the economy. Stock in the Malaysian-based Karex Berhad, the manufacturer of one-tenth of all the world’s condoms, has increased almost 10 percent in one week, according to Fortune magazine.

“The awareness that such a virus brings will further bolster long-term growth prospects of condom demand overall,” said Miah Kiat Goh, the company’s CEO. “This is after all how the big boom in condom demand during the 1980s occurred when governments first became increasingly aware of the outbreak of HIV-AIDS.”