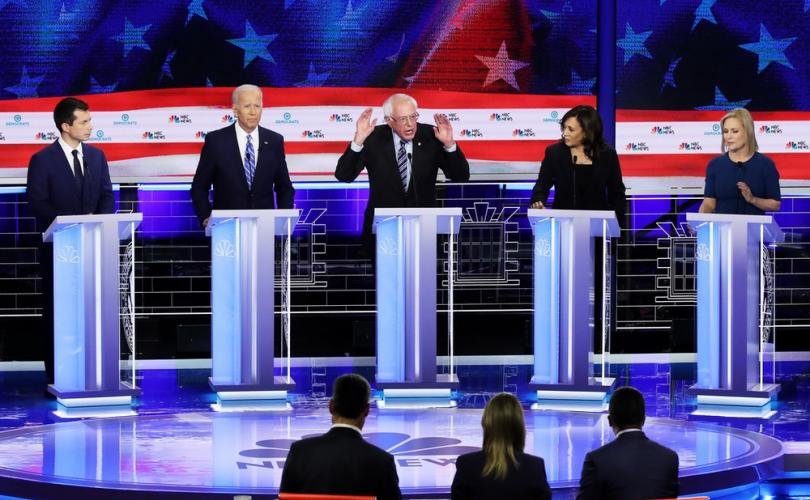 SAN FRANCISCO, September 3, 2019 (LifeSiteNews) – In what may be the starkest declaration yet that the party’s values have fallen out of alignment with the American mainstream, the Democrat National Committee (DNC) has passed a resolution declaring solidary with the “humanistic” values of nonreligious Americans.

The resolution passed unanimously during the DNC’s August 24 summer meeting, Fox News reported. It declares that “religiously unaffiliated Americans overwhelmingly share the Democratic Party’s values,” as evidenced by their voting habits and strong secular support for causes such as same-sex “marriage,” and recognizes them as the “largest religious group within the Democratic Party” at one in three.

The DNC further declared itself to be an “inclusive organization that recognizes that morals, values, and patriotism are not unique to any particular religion, and are not necessarily reliant on having a religious worldview at all;” and praised the nonreligious for advocating “rational public policy based on sound science and universal humanistic values.”

The resolution also claims the nonreligious are often victims of “unfair bias and exclusion” in society and politics, and that religious conservatives have used “misplaced claims of ‘religious liberty’” to ”justify public policy that has threatened the civil rights and liberties of many Americans, including but not limited to the LGBT community, women, and ethnic and religious/nonreligious minorities.”

“America was founded as a secular government charged with representing and protecting the freedoms of people of all faiths and none,” declared Sarah Levin of the Secular Coalition of America, which pushed for the resolution. “I am proud to see the Democratic Party take that to heart by bringing secular Americans into the fold.”

In fact, while America’s Founders wanted religious liberty for all, they also believed that religion was necessary to sustain a free society, and identified God as the source of individual rights and human equality.

“The party’s hostility toward Christian beliefs and values was clear enough before. Putting it on paper this way, however, raises the message to another level,” The Stream editor Tom Gilson wrote in response to the resolution. “We can’t vote Democrat and hold to our Christian values and beliefs. That doesn’t mean we have to agree with everything our president does. It doesn’t even mean we have to be Republicans. But for all the options seemingly open to Christians, one of them is shut tight, at least for now — by Democrats’ own decision.”

Democrat hostility to traditional religiosity and conservative values has grown steadily more overt over the past several years. In 2012, the DNC came under fire for removing mention of God from their party platform, and then receiving loud boos from convention-goers for reinserting it. The platform has grown more uncompromisingly pro-abortion every four years, and last December, DNC chair Tom Perez complained about people who vote Republican because “that person on the pulpit” supposedly preaches against abortion every Sunday, to the exclusion of “everything else” a candidate may be doing.