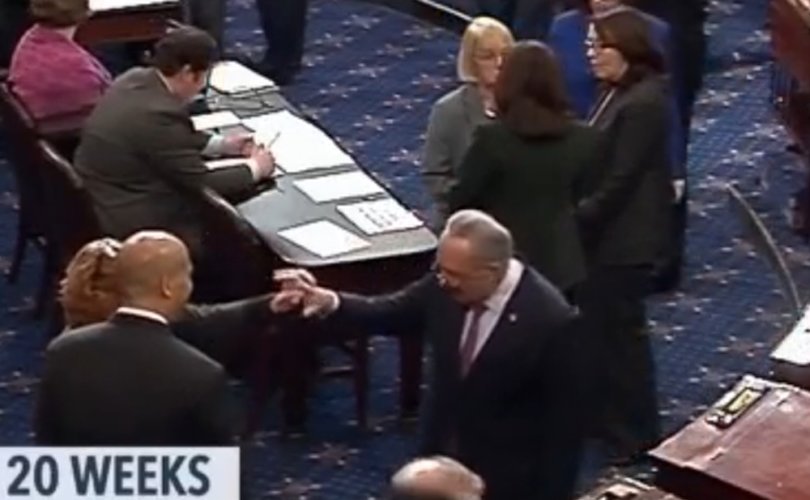 Sen. Schumer, D-NY, high-fived and then clasped the hand of Sen. Heidi Heitkamp, D-ND, on the floor of the U.S. Senate after she voted “no” on ending debate over the Pain-Capable Unborn Child Protection Act. Sixty senators needed to vote to end debate over the bill in order for it to have come to an actual vote.

The Susan B. Anthony List (SBA List) has identified Heitkamp as a “vulnerable” Democrat who they aim to unseat this November.

Immediately after Heitkamp voted against stopping late-term abortions on babies who feel pain, SBA List announced a digital ad campaign against her in North Dakota. The pro-life political group says it plans to educate low-turnout pro-life voters as well as Democratic women and Hispanics on their Senator’s record on life.

“The American people will not forget the extreme position taken by Senate Democrats to block this common sense legislation to stop barbaric late abortions,” said Tony Perkins, President of the Family Research Council.

President Trump asked the Senate to “reconsider” its vote, saying, “we must defend those who cannot defend themselves.”