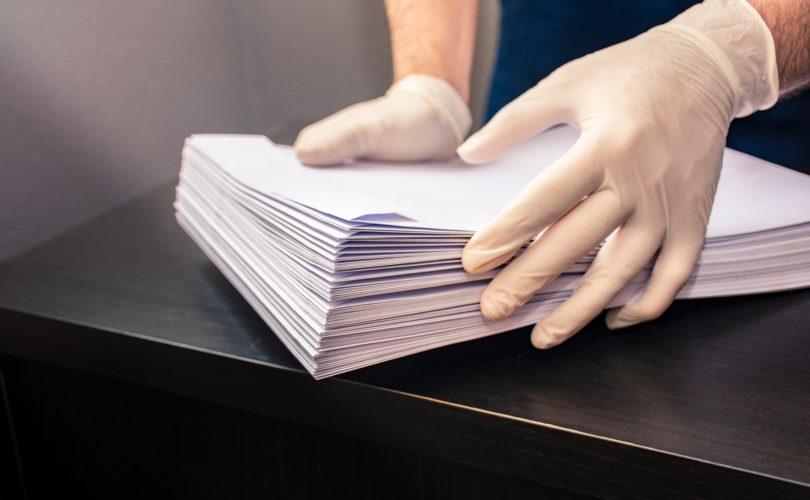 ATLANTA, June 11, 2021 (LifeSiteNews) – Investigations of the 2020 election continue to move forward in Georgia and even some Democrats are raising concerns about possible voter fraud.

In Fulton County, which encompasses much of Atlanta, at least four election workers have been scheduled for depositions in connection to a lawsuit alleging large-scale fraud. The workers include Ruby Freeman and her daughter Wandrea Moss, who worked in the counting room at Atlanta’s State Farm Arena, where ballots pulled from cases were processed on election night without observers or a state election monitor, the Epoch Times reported.

Freeman was set to be deposed on Friday, and Moss was scheduled for yesterday, the Epoch Times said. Documents show that Freeman was told to bring a thumb drive with images of all texts, emails, and other messages she wrote about the presidential election in 2020.

The suit, which centers on irregularities at State Farm Arena, cited sworn testimony from several election monitors who said they observed potentially thousands of unusual ballots for Joe Biden with “perfect” markings. A report by RealClearInvestigations (RCI) earlier this week noted that the affidavits moved Judge Amero, a Democrat donor, to allow the audit.

Susan Voyles, a poll manager highlighted in the case, swore under penalty of perjury that she witnessed a “pristine” stack of 100 ballots while assisting with an election recount in Atlanta in November. Most of the stacks, which presumably came from the area’s problematic drop boxes, included ballots that “showed obvious use,” according to Voyles.

She said that “one batch stood out,” however, with “a difference in the texture of the paper” and “no markings on the ballots to show where they had come from.” Voyles added that the ballots all had “unusually uniform” markings, with “a slight white eclipse in the bubble.”

“Every single bubble was precisely alike,” she told RealClearInvestigations. “I had never seen that before in 20 years” of election monitoring experience, she continued. “By my estimate in observing these ballots, approximately 98 percent constituted votes for Joseph Biden.” The veteran election monitor’s concerns were brushed off by officials and she was eventually let go by the Fulton County elections department “for speaking the truth,” she said.

Along with Voyles, three other Fulton County poll watchers testified about similar issues. Robin Hall, a certified recount observer, reported seeing boxes filled with absentee ballots “perfectly filled out as if they were pre-printed with the presidential candidate selected” and “100 percent for Biden.” “The majority of the mail-in ballots that I reviewed contained suspicious black perfectly bubbled markings for Biden,” auditor Barbara Hartman likewise attested. “The absentee ballots looked as though they had just come from a fresh stack.”

None of longtime election workers could give an explanation for what they saw besides fraud, RCI’s report said, though it noted that election officials have said some ballots may be copied to other paper if damaged. Favorito, however, argues that thousands of ballots, if not more, are likely fake and pushed Biden over the top in a state that he was certified as winning by less than 12,000 votes out of nearly 5 million.

“We have what is almost surely major absentee-ballot fraud in Fulton County involving 10,000 to 20,000 probably false ballots,” Favorito, who says he is not a Republican, told RCI.

Moreover, he identified other counties in Georgia where Democrats reported mysterious Biden ballots with the same irregularities as in Fulton.

Registered Democrat Carlos Silva said in an affidavit last November that he witnessed ballots “all for Biden and had the same perfect bubble” while helping with a recount in DeKalb County. Thousands of mail-in ballots “just had the perfect bubble marked for Biden and no other markings in the rest of the ballot,” he said. In Cobb County, recount worker Mayra Romera, also a Democrat, said she observed hundreds of ballots with the same bubble that “seemed impeccable,” as well.

Favorito also has raised concerns about a breach at the warehouse holding the Fulton County ballots on May 29 – the day after Judge Amero halted the absentee ballot audit. Though the judge required that officials keep ballots properly secured, the main door of the warehouse was unlocked after guards left the premises that evening. The county admitted that an alarm was set off, though officials claim that a room containing the ballots was not compromised.

“How do we know for certain there was no tampering with the ballots?” asked Favorito, who is trying to obtain security tapes from the warehouse.

The election processes of Fulton, DeKalb, and Cobb counties are run by Democrats, and the elections supervisor who oversaw ballot scanning at State Farm Arena runs the Fulton County ballot warehouse in question, according to RCI.