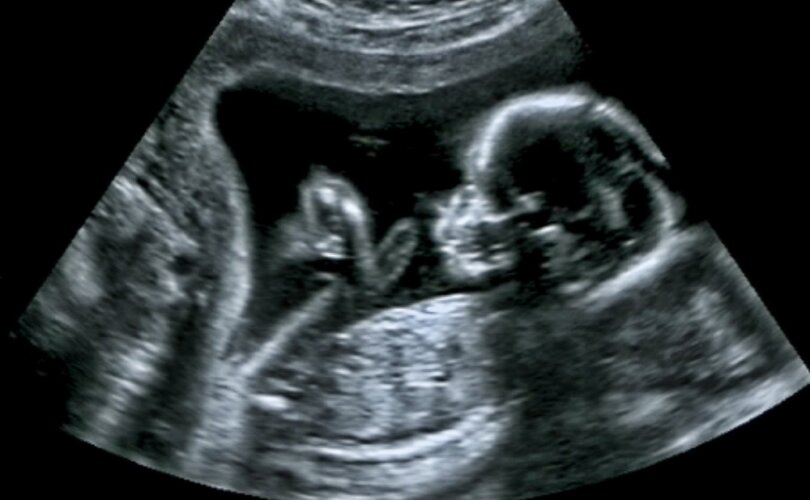 SACRAMENTO, California (LifeSiteNews) — California Democrats are reportedly misleading voters about the horrific scope of a proposed constitutional amendment that they say would protect abortion access but would actually expand legal abortion until the moment of birth, The Daily Caller reported Thursday.

In a November 3 analysis of “statements and documents” concerning the ballot measure, The Daily Caller raised the alarm about California Democrats’ “misleading” messaging regarding Proposition 1, which would enshrine abortion as a “fundamental right” in the state’s constitution without restricting the practice after fetal viability.

According to the report, Democrats promoting the bill have framed it as a necessary safeguard against potential pro-life legislation and argued the measure will preserve the status quo despite evidence it will actually legalize extreme late-term abortions.

Proposition 1 is a worst-case scenario for abortion in #California . It is an expensive and misleading ballot measure that allows unlimited late-term abortions — for any reason, at any time, even moments before birth, paid for by tax dollars.

Proponents of the amendment have insisted the measure is necessary to secure abortion access in California following the U.S. Supreme Court’s decision to eliminate the federal “right to abortion” by overturning Roe v. Wade (1973) and Planned Parenthood v. Casey (1992).

“It’s almost impossible to believe a right we’ve had for 50 years is hanging in the balance,” California Lt. Gov. Eleni Kounalakis said. “We have to fight back, we have to push back.”

However, opponents of the measure have pointed out that abortion up until viability is already legal in California, which has some of the most extreme pro-abortion laws in the country.

Existing California law under the Reproductive Privacy Act protects “a person’s right to choose or obtain an abortion before viability of the fetus.” Women in California can also abort their unborn babies post-viability if a pregnancy is determined to pose a risk to the mother’s life or health.

The California Catholic Conference has excoriated the proposal as “the most egregious expansion of abortion this country has ever seen.”

The Daily Caller noted proponents of the amendment “have claimed that the measure is needed in order to keep abortion legal,” and shot down claims it could greenlight “abortions after the point of viability.” However, “documents reviewed by the outlet” suggest Democrats’ efforts to assuage the fears of opponents don’t reflect the reality of the proposal.

However, Bonta’s claims are directly challenged by the California Voter Info Guide.

In describing opposition to the measure, the official government guide states that “Proposition 1 is an extreme law that allows late-term abortions at taxpayer expense up to the moment of birth — even if the baby is healthy and the mother’s health is not threatened.”

The language appears to have gone unchallenged by Bonta, who is responsible — along with other elected officials — for addressing any inaccurate information contained in the voter guide, according to No on Prop. 1, a group opposing the amendment.

The No on Prop. 1 campaign said in a statement shared with The Daily Caller that politicians promoting the amendment have either “repeatedly refused to comment on the viability question” or “outright admitted that Prop 1 intentionally removes the viability standard.”

California obstetrician/gynecologist and Proposition 1 co-author Dr. Pratima Gupta has explicitly stated that language about fetal viability was stripped out of the measure to allow abortion decisions to be left up to doctors.

Polling leading up to election day suggested Democrats were succeeding in their efforts to promote Proposition 1 as a protector of the status quo. In September, polling suggested that 71% of Californians are expected to vote for the measure, despite the fact that even among people who support legal abortion, most do not think abortion should be legal until the moment of birth.

READ: Two-thirds of Americans believe abortion should be banned after the first trimester: poll

The more Californians learn Prop. 1 means late-term abortion, the more they reject it.

California voters will decide whether or not to approve Proposition 1 when they cast their ballots on November 8.