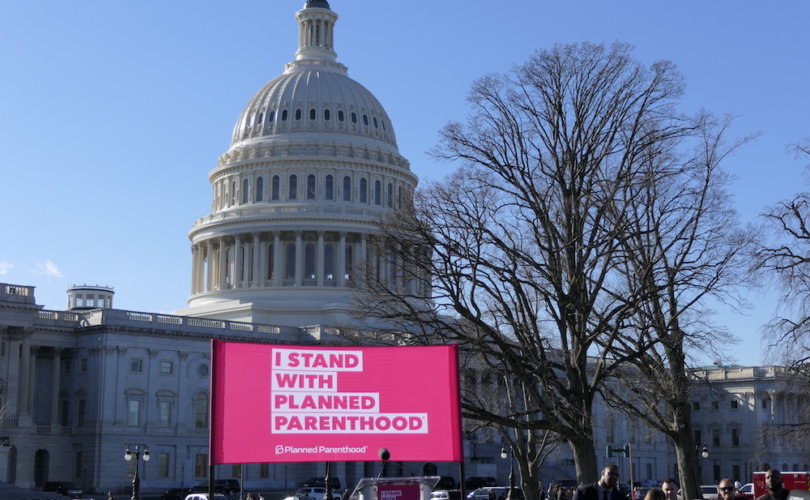 WASHINGTON, May 21, 2021 (LifeSiteNews) — Democrats in Congress reintroduced legislation this week to codify abortion on demand in federal law, in response to news that the U.S. Supreme Court is taking up a case that could upend abortion precedents that have dominated American law for almost half a century.

The court revealed Monday that it has agreed to take up Dobbs v. Jackson Women’s Health Organization, which concerns Mississippi’s HB 1510 law banning abortions from being committed past 15 weeks for any reason other than physical medical emergencies or severe fetal abnormalities. The case has sparked intense interest because it presents an opportunity for the justices to reconsider Roe v. Wade, the 1973 ruling that forces states to allow abortions.

“This week’s news out of the Supreme Court was an urgent call to action: reproductive rights are under direct, imminent attack. Our bill, the Women’s Health Protection Act, would protect against unconstitutional laws like Mississippi’s 15-week abortion ban — laws that attack people’s freedom to make decisions about their own bodies and which directly contradict decades of Supreme Court precedent,” the lawmakers claimed in a press release. “Our legislation reaffirms what the Supreme Court established 50 years ago: access to abortion is a fundamental right. We look forward to formally reintroducing our legislation with the support of our colleagues in the coming weeks.”

The legislation, which has been repeatedly introduced over the past several years without being acted upon, establishes a federal statutory right to perform and obtain abortions, including after fetal viability (under the broad cover of “health”), and specifically forbids states from subjecting abortion to ultrasound requirements, mandatory waiting periods, informed-consent requirements, and other health and safety regulations, such as admitting privileges.

It also protects so-called “webcam” abortions (i.e., dispensing abortion pills without an in-person doctor’s visit), forbids banning abortions on the basis of a baby’s race, sex, or disability, and forbids banning particular techniques such as dilation and evacuation (D&E) or “dismemberment” abortions, where unborn babies are literally ripped apart in the womb and removed from the uterus limb by limb.

President Joe Biden is already on the record in favor of codifying Roe’s dictates in federal law, whether through the WHPA or similar legislation such as the Freedom of Choice Act. But whether he will get the opportunity to sign it into law is another matter.

While either bill could easily pass the House of Representatives, Democrats in the Senate currently lack the votes to either pass the bill outright or change the rules to pass it with a simple majority. Left-wing activists continue their efforts to pressure Democrat Sens. Kyrsten Sinema and Mark Kelly of Arizona or Joe Machin of West Virginia to relent in their opposition to changing the rules, however.