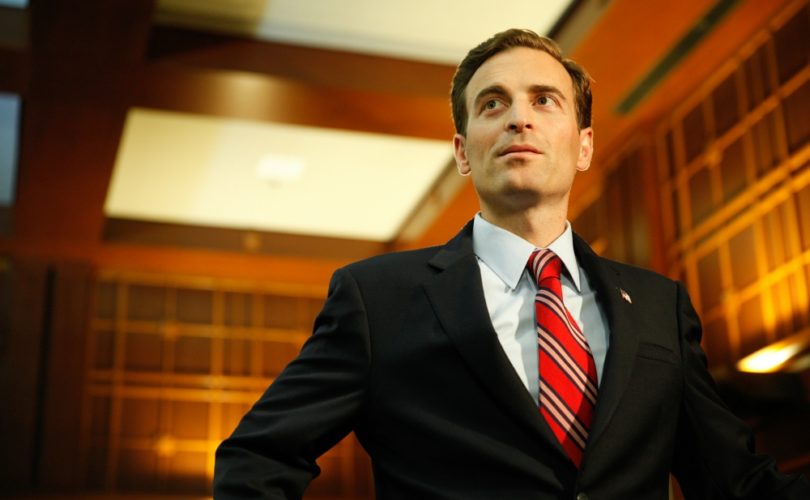 CARSON CITY, Nevada, September 17, 2015 (LifeSiteNews) — Nevada’s top attorney is questioning Planned Parenthood’s abortion practices in the state in the wake of videos appearing to show the organization profiting from the sale of fetal body parts.

Attorney General Adam Laxalt sent a letter on September 15 to the abortion chain’s leadership in Reno and Las Vegas.

In it he mentions the ongoing human remain trafficking scandal embroiling Planned Parenthood over the last two months.

Laxalt points out that websites for Nevada Planned Parenthood locations indicate only medical abortions up to 10 weeks are offered in the state, and he asks its executives whether they perform surgical abortions, as well as if they are involved in fetal tissue procurement.

Planned Parenthood did not immediately comment, and Nevada Democrats called the Republican attorney general’s inquiry into the abortion giant’s practices an effort to push a partisan agenda.

The letter comes just after release of the 10th video exposing its trading in the body parts of children aborted at its facilities, and a U.S. House Committee issued a subpoena for all of the unedited video footage showing evidence of its alleged illegal fetal harvesting practices.

Despite a lawsuit from the National Abortion Federation and other legal threats, attorneys for the Center for Medical Progress have vowed they will release all footage related to the abortion giant’s harvesting and sale of fetal body parts, even if it means going to the U.S. Supreme Court.