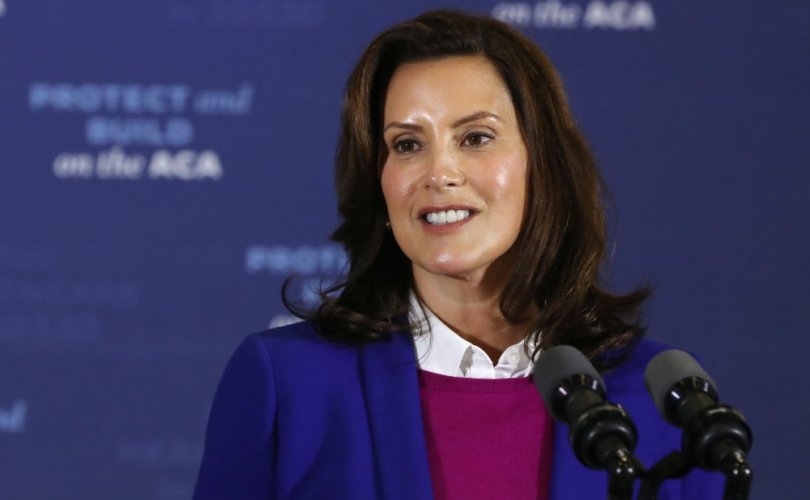 LANSING, Michigan (LifeSiteNews) — In a major defeat for Republicans during this year’s midterm elections, Democrats have taken full control of the Michigan legislature for the first time in nearly 40 years, putting the state’s pro-life protections in jeopardy.

While Democratic Gov. Gretchen Whitmer was comfortably re-elected by a margin of over 10 percentage points, the real blow to Michigan Republicans came when Democrats flipped the Senate and the House, taking full control of the state legislature for the first time since 1983.

The upsetting results for conservatives, however, did not stop there, as Michigan also voted Tuesday on a ballot initiative seeking to establish a state constitutional “right to make and effectuate decisions about all matters relating to pregnancy, including but not limited to prenatal care, childbirth, postpartum care, contraception, sterilization, abortion care, miscarriage management, and infertility care.”

The pro-abortion ballot initiative passed by a whopping 13-point margin, according to the Associated Press, making Michigan one of three states – the others being Vermont and California – to vote in favor of making access to abortion a so-called “right” since the U.S. Supreme Court’s historic overturning of Roe v. Wade earlier this year.

Immediately after the victory, Democratic state Sen. Winnie Brins of Grand Rapids and Rep. Julie Brixie of Okemos assured voters they will seek to codify the constitutional amendment, in addition to repealing the state’s 1931 law criminalizing abortion.

READ: Left-wing states vote for ‘right’ to abortion in midterm defeat for pro-lifers

While the 1931 law was supposed to go into effect this summer after the overturning of Roe, up until now its implementation has been blocked by court order.

In addition to electing a Democrat governor and Democrat majorities in the House and Senate, Michiganders also elected a Democrat attorney general and secretary of state.

In the most recent episode of LifeSite’s Faith & Reason, lawyer and child advocate Liz Yore reacted to the Democratic Party’s pro-abortion victories from this week’s midterm elections, slamming the party for its increasingly radical push for the fatal procedure.

“The left is doubling down on abortion, they are not stopped or slowed down by the defeat of Roe v Wade. In effect, they are even stronger than ever. Pushing shamelessly and ferociously their agenda,” Yore said.

“I think we need to take a lesson from that. We need to pivot now to the states. We can’t be shy about our love for the unborn and the importance of the unborn. The family and our children are under assault,” she stressed.