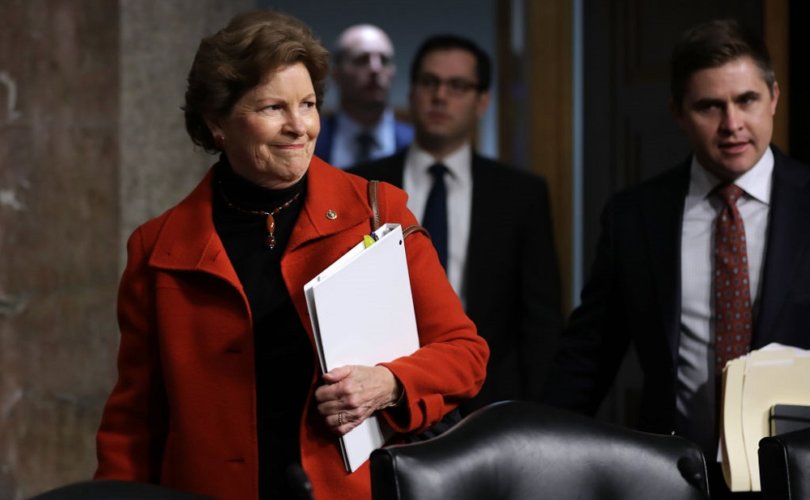 WASHINGTON, D.C., January 2, 2020 (C-Fam) — In late November, Democrats in the U.S. House of Representatives reintroduced the International Violence Against Women Act (IVAWA), a bill whose previous introductions led to heated debates over issues of abortion and gender. A few weeks later, a counterpart bill was introduced in the U.S. Senate.

Because of concerns about the abortion issue, the bill has been stalled for years in Congress. This despite broad support for its stated purpose: the prevention of violence against, and justice for, women and girls.

The House bill repeatedly refers to “reproductive health,” often used as a euphemism for abortion. It twice refers to the United Nations Population Fund (UNFPA) as an important partner to “reach affected women and girls.” The U.S. under the Trump administration has defunded UNFPA, which partners with pro-abortion organizations like the International Planned Parenthood Federation (IPPF) and Marie Stopes International (MSI). Such organizations would be ineligible for U.S. foreign aid funding under President Trump's Protecting Life in Global Health Assistance policy.

The House bill also calls for “gender analysis” to be integrated into national-level strategies carried out by U.S. federal agencies such as USAID and the Department of State. It defines “gender analysis” as “the examination of the differential impact of policies on different genders,” leaving open the possibility of a non-binary view of gender. In contrast, the Senate version defines the term as referring to “gaps between men and women.”

The Senate bill is led by Senator Jeanne Shaheen, who has been a longtime advocate for the inclusion of abortion in U.S. global health programming. Recently, Senator Shaheen threatened the passage of the foreign operations appropriations legislation by introducing amendments promoting abortion and homosexuality, upending a previous agreement that there would be no “poison pill” language in the bill.

The inclusion of a “gender analysis” in the Women's Entrepreneurship and Economic Empowerment Act, passed last year, was controversial because it reinforced Obama administration policies that are still in effect. These gender policies are used by federal agencies and mandate the provision of “reproductive health” and contraception as well as LGBT-related programming.

The proposed sexual violence bill would codify the Office of Global Women's Issues (GIWI), created under the Obama administration, and make it the leading office in sexual violence programs. The women's office has channeled funding for sexual violence programs to non-governmental organizations overseas that perform abortion and lobby to remove legal protection for unborn children. It is unknown whether GIWI programs are subject to the expanded Mexico City policy.

Even if the Trump administration issues new gender policies that reverse the Obama-era requirements, the next Democratic administration would be able to change them back, or even make them more aggressively support abortion and gender ideology. The only way to prevent this would be to block passage of bills that contain a mandate for “gender analysis,” such as IVAWA, or to include language within the text of the law that codifies the Trump administration's Protecting Life in Global Health Assistance policy.

Formerly known as the Mexico City policy, this standard would ban federal global health funding from going to foreign organizations that promote or provide abortion, such as IPPF and MSI.

The pro-abortion Guttmacher Institute has endorsed IVAWA, pointing out that it “goes further” than previous versions by “recognizing the important role of reproductive health access in combatting gender-based violence” and supporting UNFPA.