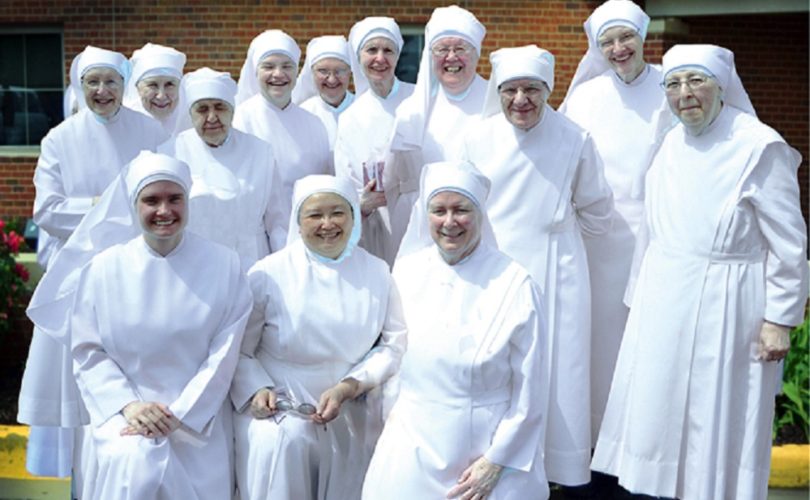 May 23, 2019 (LifeSiteNews) — The Little Sisters of the Poor are once again the target of liberals in government who believe that the sisters must be strong-armed into violating their consciences by providing contraceptives and abortifacients to their employees, or face extinction.

After fighting a lengthy battle against the Obama administration to defend their religious liberty, their ministries to the poor and elderly, and their very existence, the sisters had finally found relief when the Trump administration granted them an exemption.

Pennsylvania attorney general Josh Shapiro now wants to take that exemption away from the Little Sisters of the Poor and again force them to comply with the Health and Human Services (HHS) birth control mandate. If Shapiro prevails and the sisters resist, they will be forced to pay tens of millions of dollars in fines.

“Despite a 2016 victory at the U.S. Supreme Court, an Executive Order, and a new rule that protects the Little Sisters of the Poor and other non-profit religious groups from the unconstitutional HHS mandate, the Little Sisters are still in court,” notes a statement by Becket Law, the attorney group representing the Little Sisters of the Poor. “In November 2017, after the federal government issued their new rule protecting religious groups from the mandate, the Commonwealth of Pennsylvania and several other states sued in federal court to take away the nuns’ hard-won religious exemption.”

“This lawsuit, and the one similarly perpetuated by California Attorney General Xavier Becerra, exists solely to stomp on the religious liberties of a group of women serving the poor and needy,” wrote Washington Examiner commentator Nicole Russell. “It has nothing to do with anyone’s violation of the law.”

The Obama administration “never should have targeted nuns to provide birth control because there are so many other viable ways to retrieve it,” said Russell. “It’s like suing Alcoholics Anonymous for refusing to pay for their employees’ vodka while the local liquor store sits open down the street.”

The U.S. Court of Appeals for the 3rd Circuit heard arguments this week in the case, known as Commonwealth of Pennsylvania v. Trump.

“To say the nuns have to give [contraceptives and abortifacients] out is, and always has been, preposterous,” said Becket Law attorney Mark Rienzi after Tuesday’s hearing.

“Sadly,  Josh Shapiro and Xavier Becerra think  attacking nuns is a way to score political points,” Rienzi had noted previously. “These men  may think their campaign  donors want them to sue nuns, but our guess is most taxpayers disagree.”

“No one needs nuns in order to get contraceptives, and no one needs these guys reigniting the last administration’s divisive and unnecessary culture war,” added Rienzi.

“It is utterly incomprehensible that in a free country like the United States, Catholic nuns who care for the elderly poor are being harassed with new lawsuits to force them to provide contraceptives and abortifacients,” remarked Maureen Ferguson, senior policy adviser for the Catholic Association, when Pennsylvania A.G. Shapiro first launched his legal action. “The Little Sisters of the Poor finally received relief from the federal government’s executive order on religious liberty, yet now the politically motivated state attorneys general of Pennsylvania and California are on the attack.”

The government should never have taken upon its shoulders the significant task of ensuring birth control is available to everyone, to say nothing of the concept that every religious group in the country provide it against their wishes. But because the government did so, and because liberal politicians love nothing more than to force religious people to align to the government’s whims, however absurd, the Little Sisters of the Poor cannot be left alone to care for the poor and needy as they desire.

Instead, they must spend time and resources battling the authoritarian proclivities of a few politicians who, rather than addressing other local issues certainly of higher concern, such as crime, the economy, and education, want to force nuns to provide birth control.