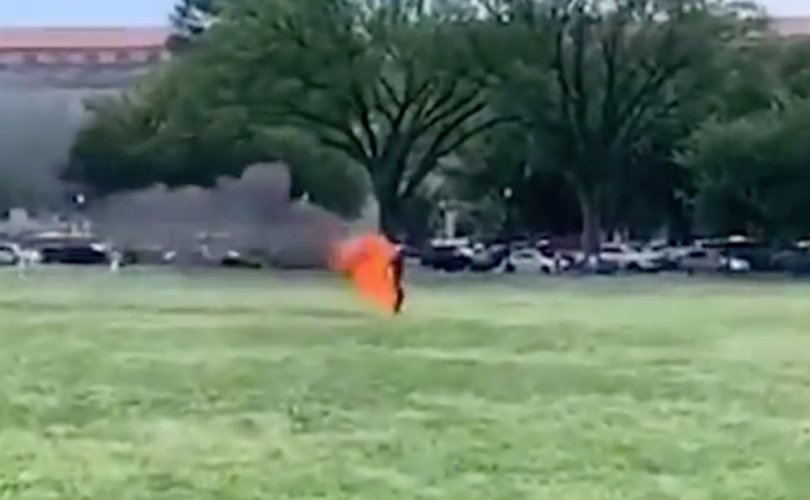 WASHINGTON, D.C., May 31, 2019 (LifeSiteNews) – The Democratic Congressional Campaign Committee (DCCC) accused the Secret Service of “squashing” a transgender rally Wednesday for no good reason, when in fact the spot had been caught up in the aftermath of a grisly, suicidal protest by someone else.

On Wednesday, the National Center for Transgender Equality and the Transgender Law Center organized a rally outside of the White House to protest the Trump administration’s latest moves to protect conscience rights in healthcare and allow homeless shelters to restrict sex-specific facilities to actual biological members of that sex.

However, reports soon emerged that the Secret Service interrupted the rally and forced it to move to another location “without explanation,” prompting the DCCC to accuse them of abridging their First Amendment right to peaceful assembly:

The right to peaceably assemble is protected under the First Amendment → Squashing this rally is beyond the pale. #ProtectTransHealthhttps://t.co/PhYTQHA6zY

In fact, the Secret Service was clearing the area after a 33-year-old Maryland resident Arnav Gupta had set himself on fire outside the White House. Gupta later died from his injuries; no motive for his actions is known at this time.

At approximately 12:20 p.m. a man lit himself on fire on the Ellipse near 15th and Constitution Ave., Secret Service personnel are on scene assisting @NatlParkService and @usparkpolicepio in rendering first aid.

“All pedestrians around the White House complex were moved back for a short period of time due to security reasons and for personal safety,” a Secret Service spokesperson explained to the Washington Blade.

Two days after the fact, the DCCC has not taken down its original tweet insinuating the Trump administration was attempting to suppress protest of its policies, nor has it issued a follow-up correcting the record.