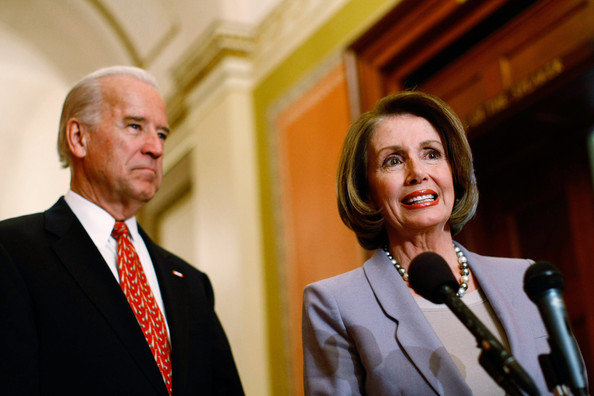 WASHINGTON, D.C., May 14, 2020 (LifeSiteNews) – Congressional Democrats unveiled their latest proposal for COVID-19 relief spending, which totals $3 trillion and includes a bevy of left-wing agenda items unrelated to curbing the spread of the virus or alleviating the costs of government-mandated quarantine efforts.

A Democrat “summary” of House Speaker Nancy Pelosi’s so-called HEROES Act runs 90 pages, but The Hill reported that its main features are another series of direct payments to individual Americans (many of whom have been forbidden from going to jobs deemed “non-essential”), food assistance funding, hazard pay for “essential” health workers, and money for increased testing.

It also contains a “grab bag of Democrat priorities” such as vote-by-mail, an extension of unemployment benefits through January, $915 billion in subsidies for state, local, territorial and tribal governments (largely without strings, without regard for how well recipients managed COVID-19 response in their jurisdictions), and more.

The bill “includes the removal of safeguards in the Paycheck Protection Program (PPP) that prevent taxpayer money from bailing out the billion-dollar abortion-giant Planned Parenthood,” March for Life added. “The bill would also allow federal tax dollars to pay for abortions through subsidized health care plans. And, at the state and local level, it authorizes over $900 billion in open-ended funding – so nothing would prevent this money from further subsidizing the abortion industry.”

In addition, Breitbart reported that the HEROES Act contains language that “would order the release of federal prisoners, illegal aliens in federal immigration detention facilities, and local convicts if they are considered by the courts and judicial officers to not be a threat to the community.”

The federal government has already spent $2 billion in COVID-19 relief spending, with Democrats attempting to work in spending for their priorities every step of the way. Senate Majority Leader Mitch McConnell suggested this latest plan was “not something designed to deal with reality,” and that Republicans were currently drafting their own proposal.

As of May 14, the United States is estimated to have seen more than 1.4 million cases of COVID-19, with more than 85,000 deaths and 310,000 recoveries. A large share of those deaths have come not from the general population but from nursing homes, and mounting evidence suggests far more of the public has contracted and recovered from the virus than the official count indicates.

At the same time, state bans on “non-essential” activity across the country have caused massive job losses, with more than 33 million Americans filing for unemployment and studies predicting that tens of thousands of small businesses that have closed down will never reopen.

A growing number of medical experts argue that the evidence suggests policymakers should shift to a strategy more narrowly targeted toward protecting the elderly and immunocompromised while allowing the younger and healthier to go about their lives. “If we focus on the elderly, we will bring a death rate that is likely no more than 1 percent down to fractions of a percent,” says Dr. Donald Yealy, chair of emergency medicine at the University of Pittsburgh Medical Center.