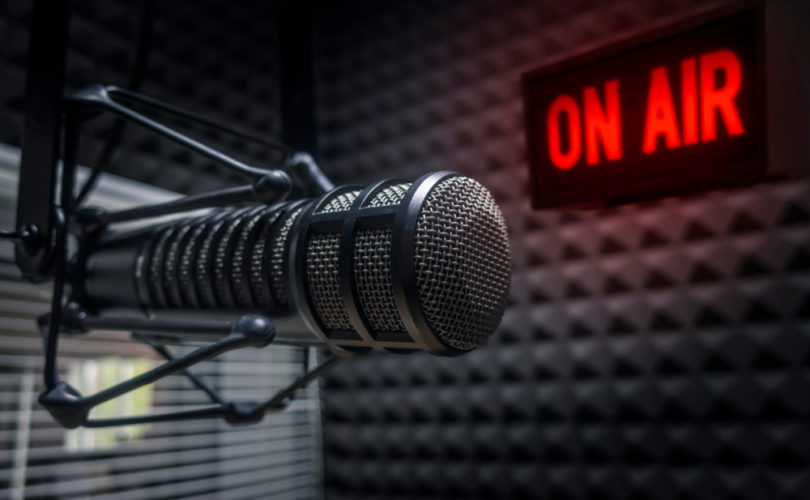 FLORIDA, April 26, 2021 (LifeSiteNews) — Democrats are pressuring the Federal Communications Commission (FCC) to reject the sale of a progressive Spanish-language Miami radio station to a buyer who would begin serving the Hispanic community with more conservative content.

Members of the Congressional Hispanic Caucus (CHC) are urging the FFC “to further scrutinize and reject the sale of the well-known Miami radio station Caracol 1260 AM to America CV, which owns the América TeVé network,” Newsweek reported.

The move “comes on the heels of a Newsweek report that detailed how America CV immediately fired the station's top-rated host, Raul Martinez, a Democrat and former mayor of Hialeah,” Newsweek continued. “The swift termination was viewed as a political decision, and led Florida Democrats to sound the alarm of a conservative media takeover on the Spanish-language airwaves.”

Former Democrat Congresswoman Debbie Mucarsel-Powell tweeted in reference to the purchase that “To win in 2022 this must stop!”

Soto linked to the Newsweek article, which in turn quoted Soto, who said, “The FCC should scrutinize this sale,” he said. “The immediate silencing of progressive voices on South Florida radio is contrary to the public good and importance of varying viewpoints.”

“This could further make South Florida vulnerable to the sophisticated Spanish-language misinformation campaigns perpetrated during the 2020 election. The 'Big Lie' about the 2020 elections, which was amplified on similar stations, has damaged this country severely already,” Soto continued.

The “Big Lie” is a term used by Joe Biden, often parroted by Democrats, to describe what they view as “false” claims of widespread fraud in the 2020 election. The term was originally coined by Adolf Hitler in his book Mein Kampf.

Many residents of Miami-Dade County are no strangers to government suppression of dissenting voices. A large swath of greater Miami’s population immigrated from Cuba, where openly criticizing the government can get you thrown in prison, and the media is completely government-owned.

FCC Commissioner Brendan Carr called the attempt to pressure the FCC a violation of freedom of speech guaranteed by the First Amendment.

“The FCC has no business doing the Democrats’ bidding or using our regulatory process to censor political opinions that Democrats do not like,” Carr responded in a statement.

“What’s worse, the Democrats appear to be treating the FCC as merely an arm of the DNC — expressly pressuring the agency to take an action that they believe will increase their electoral odds in Florida in 2022,” he continued. “This is a deeply troubling transgression of free speech and the FCC’s status as an independent agency.”

Cuban-Americans in Miami-Dade County, which is the most heavily populated county in Florida, are reported to have been “instrumental” in Trump’s Florida victory in the 2020 election, “alarming Democrats who worry one of the country's largest states is slipping away from them,” Fox News reported.