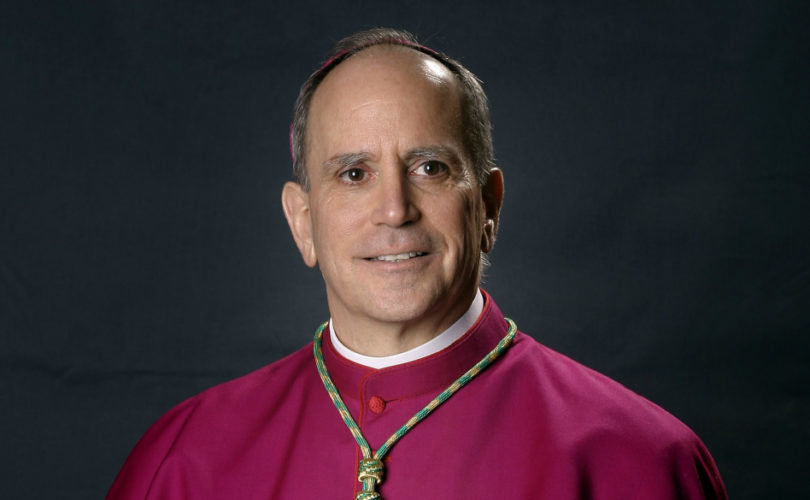 DENVER, January 22, 2013, (LifeSiteNews.com) – The newly installed Catholic archbishop of Denver, Colorado, is renowned for his strong pro-life activism, and now we know why.

To mark the 40th anniversary of Roe v. Wade, Archbishop Samuel Aquila has penned a surprisingly personal pastoral letter in which he recounts two disturbing encounters he had with abortion while studying medicine in college – encounters that he says made him pro-life.

Archbishop Aquila explains that when he went to college in the late 1960s, he wasn’t practicing his faith. He spent the first three years working as a hospital orderly and helping in the emergency room.

“When I began the job, I hadn’t thought much about human suffering, or about human dignity,” he wrote.

However, that all changed one day when the future archbishop walked into a surgical unit, soon after abortion laws had begun to become more lax.

“I walked into an outer room and in the sink, unattended, was the body of small unborn child who had been aborted,” said Aquila. “I remember being stunned. I remember thinking that I had to baptize that child.”

But, says the archbishop, that experience wasn’t as disturbing as his second encounter with abortion.

“The second abortion was more shocking,” he wrote. “A young woman came into the emergency room screaming. She explained that she had had an abortion already. When the doctor sent her home, he told her she would pass the remains naturally. She was bleeding as the doctor, her boyfriend, the nurse and I placed her on a table,” he wrote.

“I held a basin as the doctor retrieved a tiny arm, a tiny leg and then the rest of the broken body of a tiny unborn child. I was shocked. I was saddened for the mother and child, for the doctor and the nurse,” he continued.

“None of us would have participated in such a thing were it not an emergency,” he stated. “I witnessed a tiny human being destroyed by violence.”

“The memory haunts me,” the bishop concluded. “I will never forget that I stood witness to acts of unspeakable brutality.”

“I witnessed the death of two small people who never had the chance to take a breath. I can never forget that,” he said. “And I have never been the same. My faith was weak at the time. But I knew by reason, and by what I saw, that a human life was destroyed. My conscience awakened to the truth of the dignity of the human being from the moment of conception. I became pro-life and eventually returned to my faith.”

“I learned what human dignity was when I saw it callously disregarded,” he said. “I know, without a doubt, that abortion is a violent act of murder and exploitation. And I know that our responsibility is to work and pray without ceasing for its end.”