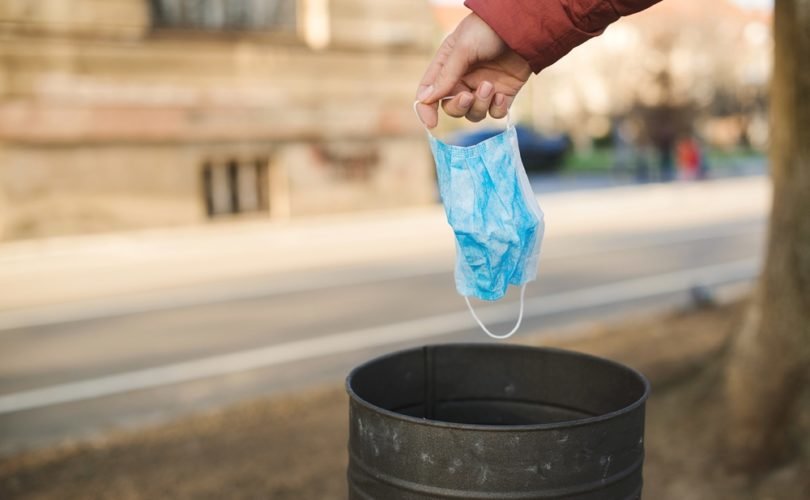 DENVER, Colorado (LifeSiteNews) — Tomorrow you will no longer have to show proof of a COVID jab or wear a mask to dine out or work out in Denver.

On January 31, Mayor Michael Hancock announced that these impositions will no longer be necessary for entering businesses on Friday, February 4.

“Following extensive discussions with our regional partners as well as current health advice and the downward trajectory of cases positivity and hospitalizations, Denver will not be extending our public health order,” Hancock said.

“So, beginning Friday, people will no longer be required under the public health order to wear a mask or show proof of vaccination for entry into a business in Denver,” the mayor said.

However, children who would like to see what their peers look like will not be as fortunate as diners and gym-goers, as the mask requirement will stay in effect for schools.

“Denver’s public health order requiring masks in schools and childcare facilities, however, will remain in place for the time being,” Hancock said.

“We simply feel it’s important to keep our schools open and our children in class and being in that classroom is critical to their development, so we want to make sure they’re able to do so safely as safely as possible.”

The mask mandate for schools does allow kids to take off their “face coverings” during nap time.

The mask or jab mandate has been in effect since November 23, 2021 and the city extended it again December 28.

It required face coverings for all individuals aged 2 and older.

While not a vaccine passport system like those of Chicago and Philadelphia, Denver did allow facilities to get approved as “fully vaccinated.” This meant that at least 95 percent of the occupants were expected to have taken the jabs. The 95 percent minimum refers to the percentage of clients and employees in the facility. The designation means “at least 95% of the people within the facility (including employees, invitees, attendees, and any other person entering the facility) have been fully vaccinated,” according to a city website. Businesses could get approved through the Denver Department of Public Health & Environment.

Chicago required everyone to either be jabbed or wear a mask and present a negative polymerase chain reaction (PCR) test taken in the past 72 hours from a medical professional. Exemptions to the passport rule could only be granted if an employer gave them a religious or medical exemption.

Individuals in Philadelphia who did not have proof-of-vaccination had to present a medical exemption signed by a healthcare professional or prove a “sincerely held religious belief that prevents them from being vaccinated” to enter businesses in the city. Philly also barred private parties in homes where food was being served if more than 24 people would be there.

While Denver has recognized Omicron does not present a major threat, healthy children were never at a serious risk for severe illness from COVID-19.

Researchers with John Hopkins’ School of Medicine reviewed about 48,000 COVID cases of individuals 18 and younger found a “mortality rate of zero among children without a pre-existing medical condition such as leukemia,” according to an article by Dr. Marty Makary in the Wall Street Journal.

Colorado COVID deaths are also primarily among the elderly, according to data from Johns Hopkins University (JHU). The data are recent as of January 28.

Individuals 50 and older comprise nearly 93 percent of all COVID deaths in the state, whereas the 0-19 age range comprised only .26 percent of deaths from the virus, without any other information provided on comorbidities.

Face masks can also cause problems, according to a review of 79 different studies.

LifeSiteNews identified 47 studies that found masks are ineffective and another 32 that concluded they can cause negative health effects.