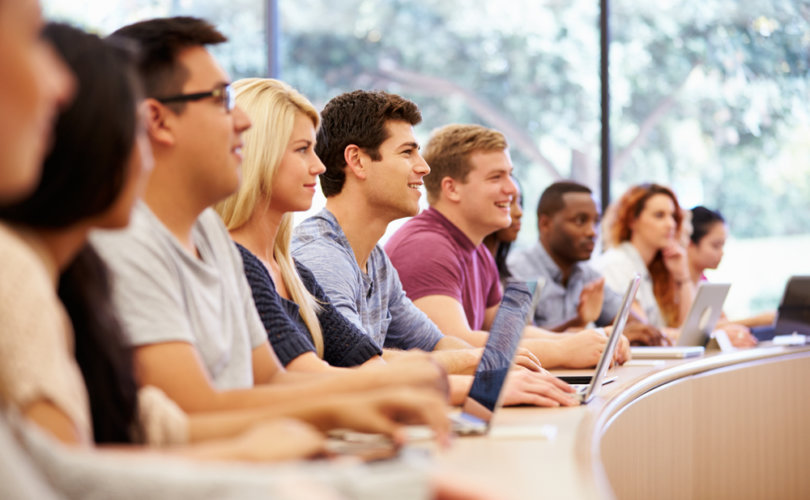 Earlier this month, the University used its Twitter account to post a slew of tweets and images covering DePaul’s involvement in the Chicago 2015 Pride Parade on June 21 and the Chicago Dyke March on June 27. These events coincided with the Supreme Court’s ruling on marriage, “add[ing] even more emotion to an exciting weekend,” the University celebrated on a Storify feed.

One tweet asked students: “Will you be at the #GayPrideParade today?” DePaul not only encouraged representatives to attend the event, but also had a contingent of students, alumni and employees march in the parade to represent the University.

Free shirts for the Pride Parade were given to students, according to another University tweet. Pictures of students wearing the shirts at the Chicago pride parade were also posted. The shirts featured the University logo beneath a rainbow spectrum and the words, “What are you doing for justice?” They were provided by DePaul’s LGBTQA Student Services, an official organization dedicated to supporting “student diversity, specifically relating to sexuality and gender identity.”

The University also tweeted a link to a Slate article from a professor of constitutional and administrative law at the DePaul University College of Law. In the article, the professor claimed that the Supreme Court “got it right” by legalizing same-sex marriage.

DePaul University is a Catholic institution, founded by the Vincentians. According to its mission statement, the University “accepts as its corporate responsibility to remain faithful to the Catholic message drawn from authentic religious sources both traditional and contemporary.”

But DePaul has repeatedly conflicted with its Catholic identity through support of groups and events inconsistent with Church teaching, including transgender workshops and student mentor programs that encourage alternate genders and gender pronouns. In May, the Newman Society also identified DePaul as one of the eight Catholic colleges hosting “lavender graduations.”

DePaul’s student newspaper, The DePaulia, reported that “[t]his is the second straight year that DePaul’s LGBTQ Student Services is organizing a contingent of DePaul students to march in the parade,” joined by “student groups such as Act Out DePaul and Spectrum DePaul.”

The student vice president of Act Out DePaul was quoted in the DePaulia article as stating that “DePaul is a strong supporter of queer students’ rights on campus.” “We are the largest Catholic university in the nation, and we have a strong and thriving queer community and LGBTQAI+ program,” he reportedly said.

The Cardinal Newman Society reported on DePaul’s participation in the Pride Parade last year, which featured several advocates of same-sex marriage during the parade, including Human Rights Campaign, Lambda Legal and Equality Illinois.

DePaul University’s communications team did not respond to The Cardinal Newman Society’s request for comment.