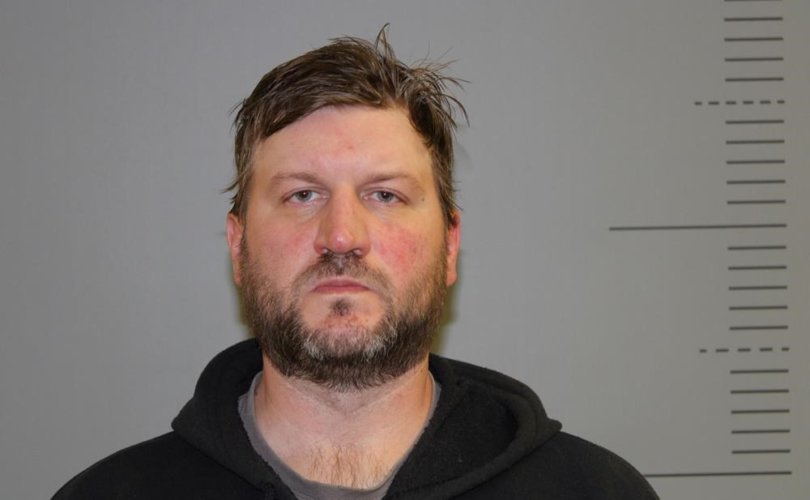 MCHENRY, North Dakota (LifeSiteNews) – A drunk leftist allegedly killed an 18-year-old Republican in North Dakota because he thought the teenager was an “extremist.”

“Court papers show Brandt called 911 around 2:30 a.m. Sunday and told the 911 dispatcher that he just hit Ellingson, claiming the teen was part of a Republican extremist group and was calling people to come get Brandt after a political argument,” InForum, a North Dakota news site, reported, based on a review of official documents.

“Police say Brandt was drunk when he hit and killed Ellingson with his SUV in an alleyway,” the news site reported. Prosecutors charged him with vehicular homicide.

Brandt argued against a $50,000 bond, because he did not want to lose everything, including his house and family, after he allegedly killed a teenager over what was apparently a political dispute.

“I have a job, a life and a house and things I don’t want to see go by the wayside — family that are very important to me,” Brandt reportedly told the judge.

The judge let him out on bail.

Conservatives on social media pointed out that President Joe Biden has repeatedly demonized “MAGA Republicans” as a “threat” to America and democracy. The term refers to social and fiscal conservatives and two different polls have found that voters largely reject the term.

“Imagine if a white, 41-year-old MAGA Hat-Wearing Republican Activist chased down and ran over an 18-year-old with his car because he claimed the teen was part of a “Democrat Extremist Group” The Media would cover it non-stop,” Turning Point USA CEO Charlie Kirk tweeted. “So why do they ignore the murder of Cayler Ellingson?”

Imagine if a white, 41-year-old MAGA Hat-Wearing Republican Activist chased down and ran over an 18-year-old with his car because he claimed the teen was part of a “Democrat Extremist Group”

The Media would cover it non-stop. So why do they ignore the murder of Cayler Ellingson?

“DOJ immediately prosecuted and obtained a life sentence for the guy who killed Heather Heyer because she was a lefty and he was assumed to be conservative, but they are dead silent on lefty Shannon Brandt murdering 18 yr old Cayler Ellingson over politics,” commentator John Cardillo noted.

“41-year-old Shannon Brandt killed 18-year-old Cayler Ellingson, who he claimed was a “Republican extremist,'” Breitbart News reporter Alana Mastrangelo tweeted. “This comes as the Biden regime stokes a culture of violence against half the nation, with Joe Biden saying ‘MAGA Republicans’ represent ‘extremism.’”

“In 2017, a leftoid named James Hodgkinson shot at a congressional baseball practice while chanting, ‘This is for health care,'” Pedro Gonzalez noted. “In 2022, Shannon Brandt killed a young Republican named Cayler Ellingson over a political dispute Lib media shrugged in both cases, because they approve.”

The killing of a teenager for reportedly holding conservative views also comes after Attorney General Merrick Garland ordered federal law enforcement to keep a close eye on parents and other activists who objected to public school mask mandates and pornographic curriculum as well as other leftist policies.

One of Garland’s assistant directors in the Department of Justice recently labeled the pro-life legal nonprofit Alliance Defending Freedom as a “hate group.”