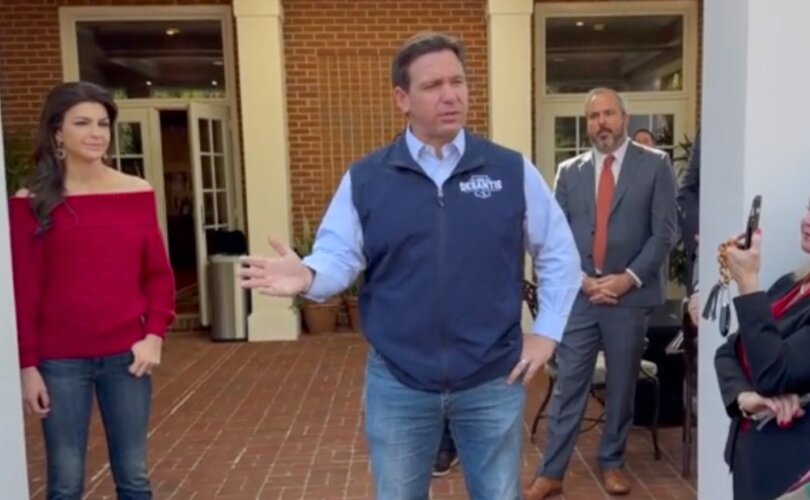 The Florida Agency for Healthcare Administration (AHCA), which regulates the state’s medical policy, sent a letter to Florida pharmacies Wednesday informing them that they cannot distribute abortion pills, stating that to do so would violate preexisting state law.

“In light of the recent decision by the U.S. Food and Drug Administration to allow retail pharmacies to dispense Mifepristone, the Agency issues this alert to remind providers that they must continue to comply with Florida laws that govern the performance of abortions,” the AHCA stated.

According to Floridian law, only a physician can abort a baby, and then only up to fifteen weeks of pregnancy after performing an ultrasound, counseling the mother about abortion, and observing a twenty-four-hour waiting period. The law also stipulates that the abortion must be performed in person. The law further allows for exemptions if the baby has a fatal abnormality, if the mother’s life is threatened by the pregnancy, or if the mother faces serious injury as the pregnancy is carried to term. If abortion pills are prescribed, then those seeking an abortion must take the first pill in the presence of the prescribing doctor, while a second can be taken at home.

Further Florida law cited by the AHCA states, “It is unlawful for any person to perform or assist in performing an abortion on a person, except in an emergency care situation, other than in a validly licensed hospital or abortion clinic or in a physician’s office.”

READ: Trump’s moral inconsistency on abortion could be his downfall

The AHCA also noted that violations of the law can result in criminal penalties. Penalties for violating the law cited by the AHCA include loss of medical license and a fine of up to $10,000 per violation, Newsmax reported. The AHCA further stated that it will “refer to local law enforcement any evidence of criminal activity that it discovers in its surveys of providers.”

Early this month, the FDA updated its website to reflect new guidelines on abortion pill access; they now allow retail pharmacies to carry mifepristone which, used alongside misoprostol, causes the deaths of unborn babies at early stages of development. Pharmacies can become certified to distribute the drug by completing an agreement form, as previously reported by LifeSiteNews.

Shortly after the announcement, both CVS and Walgreens, the largest retail pharmacies in the United States, announced that they would fill out the agreement forms in the hopes that they could soon dispense mifepristone.

In response to a press question last week, DeSantis said that CVS and Walgreens would not be selling abortion pills in Florida, the Sun Sentinel reported.

Florida is one of 18 states that have limited the sale of abortifacients, either by outright abortion ban or by limiting the distribution of abortion pills to physicians.

Last November, a group of pro-life doctors filed a lawsuit against the FDA seeking to revoke the agency’s approval of both mifepristone and misoprostol.