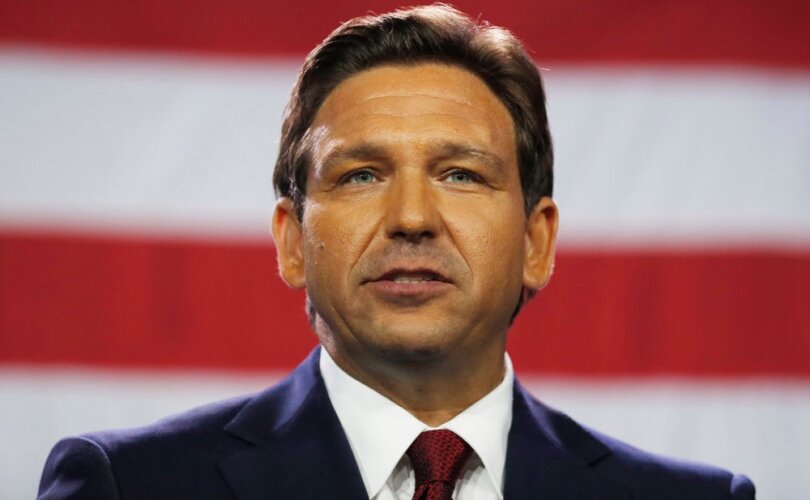 DeSantis made the comments in response to a reporter who asked him to weigh in on Trump’s imminent “big announcement” planned for November 15 and react to the former president’s recent comments lashing out at DeSantis, who he has attempted to brand as “Ron DeSanctimonious.”

“Well, you know, one of the things I’ve learned in this job is when you’re doing, when you’re leading, when you’re getting things done, you take incoming fire, that’s just the nature of it,” DeSantis said, lumping in Trump’s criticisms with those of the legacy media.

“I don’t think any governor got attacked more particularly by corporate media than me over my four-year term,” the Florida governor continued. “And yet, I think what you learn is [that] all that’s just noise.”

“All that’s just noise…I would just tell people to go check out the scoreboard from last Tuesday night.” pic.twitter.com/hDWeAm0pfM

DeSantis said that what matters most for a governor, regardless of attacks and criticisms, is whether or not he displays leadership.

“Are you leading? Are you getting in front of issues? Are you delivering results for people? And are you standing up for folks? And if you do that, then none of that stuff matters,” said DeSantis, who has racked up significant conservative wins against COVID-19 mandates, radical ideology in schools, transgender treatments for minors, and more.

The Florida governor, who sailed to re-election victory Tuesday with an historic 19-point margin of victory over his Democratic challenger, invited his critics to “go check out the scoreboard from last Tuesday night.”

“The fact of the matter is, it was the greatest Republican victory in the history of the state of Florida,” he said.

DeSantis’ comments brushing off criticisms from both corporate media figures and the former Republican president come as Trump, who is widely anticipated to announce a third run for the presidency on Tuesday, has recently lobbed a series of preemptive attacks against DeSantis.

On November 5, Trump debuted the nickname “Ron DeSanctimonious” for the Florida Republican, who polls have consistently shown is a voter favorite second only to Trump, with more recent polls putting DeSantis in the lead.

Last week, Trump rattled his base with a lengthy social media thread blasting DeSantis as an “average” Republican who “was politically dead” ahead of his 2018 gubernatorial contest and “came to [Trump] in desperate shape” seeking his endorsement.

While many conservatives have blasted Trump for attacking the popular Republican governor, others have suggested the remarks merely reflect Trump’s 2024 presidential ambitions over DeSantis, his primary Republican rival.