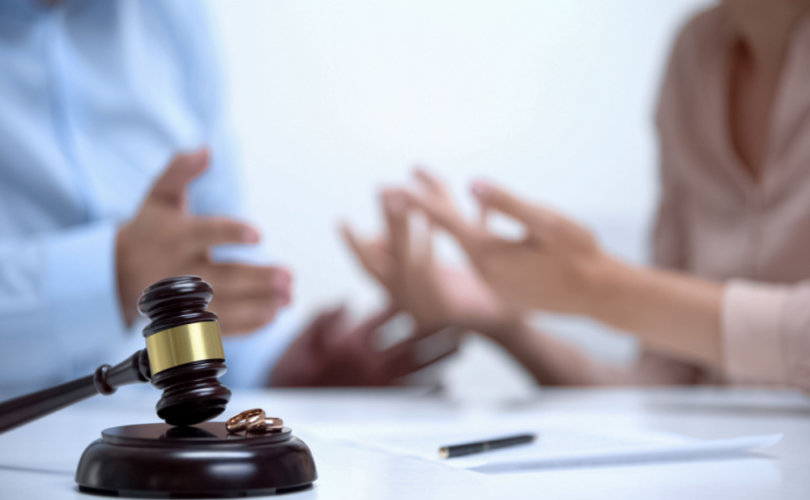 “The court may consider the adultery of either spouse and the circumstances thereof in determining the amount of alimony, if any, to be awarded,” according to the current Florida statute. The legislation would have eliminated that section.

He did not make any statements about the adultery provision in his comments explaining his veto of the bill, which has now failed three times in the past nine years.

“If CS/CS/SB 1796 were to become law and be given retroactive effect as the Legislature intends, it would unconstitutionally impair vested rights under certain preexisting marital settlement agreements,” DeSantis stated in his veto message.

“As you will see, it’s a broader issue about the constitutionality of the proposed legislation,” DeSantis press secretary Christina Pushaw told LifeSiteNews, in reference to the veto letter. “This doesn’t necessarily mean that the adultery provision wasn’t a factor, but it was not the main reason for the veto.”

“It was the third strike in a decade for groups of ex-spouses seeking to put an end to permanent alimony not only in future divorce settlements but in agreements made years and decades ago,” the Florida Phoenix reported.

Family lawyers expressed concerns about how previously signed divorce agreements would be affected.

“From the very beginning of the 2022 legislative session, we voiced concerns over the retroactive impact of Senate Bill 1796,” Philip Wartenberg and Heather Apicella stated. “If signed into law, this legislation would have upended thousands upon thousands of settlements, backlogging the courts and throwing many Floridians’ lives into turmoil,” the current and immediate past chairs of the Family Law section of the Florida Bar stated, according to the Florida Phoenix.

Florida Family Fairness advocated for the law and criticized the veto. It supported the legislation in part due to that law’s default that shared parenting time is best for children.

“We are incredibly disappointed by the veto of this much-needed bill,” chairman Marc Johnson stated Friday. “Today, Gov. DeSantis chose divorce lawyers over Florida’s families and parents who love their children and who want to be a part of their lives.”

His group disagrees that the legislation would retroactively amend alimony.

“Don’t believe divorce attorneys who claim the Alimony Reform Bill is retroactive,” a March 16 Facebook post stated. “Both House and Senate staff attorneys have reviewed the bill and they say it is not retroactive and is constitutional.”

The group noted that liberal organizations who had opposed DeSantis on other social and cultural issues wanted a veto.

“The League of Women Voters and NOW, who have historically opposed Gov. DeSantis on stances he has taken on controversial issues and legislation like SB 90, the Parental Rights in Education bill, and the recent 15-week abortion bill, to name a few, are trying to kill the measure,” the group wrote in a June 5 blog entry.