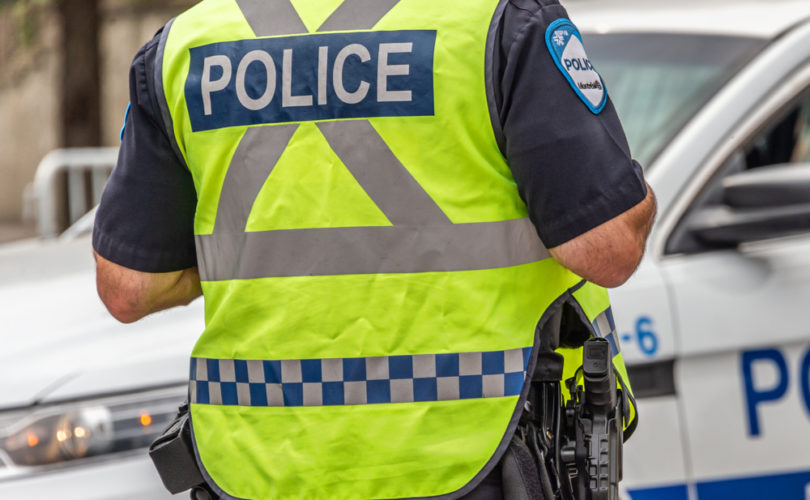 (LifeSiteNews) — Florida’s Republican governor wants to recruit police officers from other states who are “not being treated well.”

“In the next legislative session, I’m going to hopefully sign legislation that gives a $5,000 bonus to any out of state law enforcement that relocates in Florida,” Gov. Ron DeSantis said Sunday. “NYPD, Minneapolis, Seattle, if you’re not being treated well, we’ll treat you better here: you fill important needs for us, and we’ll compensate you as a result.”

The next session begins January 11, but bills can be filed now. He also plans to convene a special session before then to directly address government and private vaccine mandates.

DeSantis first unveiled his plan to recruit police officers in September when he proposed paying $5,000 bonuses for cops to move here and offered other relocation incentives, according to the governor’s office. His proposal did not originate as a recruitment tool specifically for officers who chose not to get vaccinated, though it offers a further incentive.

He said Monday that it’s for “officers period” and it’s not about vaccination.

DeSantis made his latest pitch to police officers on Fox Business on Sunday night while discussing vaccine mandates. Host Maria Bartiromo asked him to comment about first responders losing their jobs because they would not get vaccinated.

He criticized the decision to fire people like nurses who “we’ve said have been heroes this whole time,” DeSantis said. “They’ve been working day in and day out … with honor and integrity,” but now people want to fire them for refusing the COVID shot. He said COVID shots should remain a “personal decision.”

He also called President Joe Biden’s mandates “unconstitutional” and said Biden “does not have the authority” for them. He warned vaccine mandates will “wreak havoc on the economy.”

The Republican governor laid out his contrasting vision, which includes protecting employees of private and public businesses from forced injections.

“And so, in Florida our policy’s very clear,” DeSantis said. “We’re going to have a special session and we’re going to say nobody should lose their jobs based off these injections.”

The special session will include legislation to “provide protections for employees facing termination because of unfair, discriminatory COVID-19 vaccine mandates and to reaffirm that government entities including school districts may not fire any employee based on COVID-19 vaccine status,” an October 21 announcement from his office said.

The incentive bonuses may entice some police officers who do not want to get jabbed, but the idea is also meant to draw in law enforcement who are not happy with their treatment in other states.

“I used to have to lie about what I used to do,” a former New York Police Department officer turned Florida cop said at a September press conference. “I used to have to tell people I was, like, a bartender because it was almost like I was ashamed to be a law enforcement officer.”

Resentment of police after Black Lives Matter protests and defund the police movement in the summer of 2020 have led some law enforcement officers to leave major liberal cities.

More than 200 cops left Seattle’s police force in the past year due to what they saw as an unsupportive environment for law enforcement, according to the Washington Examiner. The staffing shortage has been compounded by the city’s vaccine mandate, according to the New York Post.

The resignations have been coupled with vaccination mandates in cities such as Chicago, where the mayor and the police department remain in a standoff over her vaccine requirement.