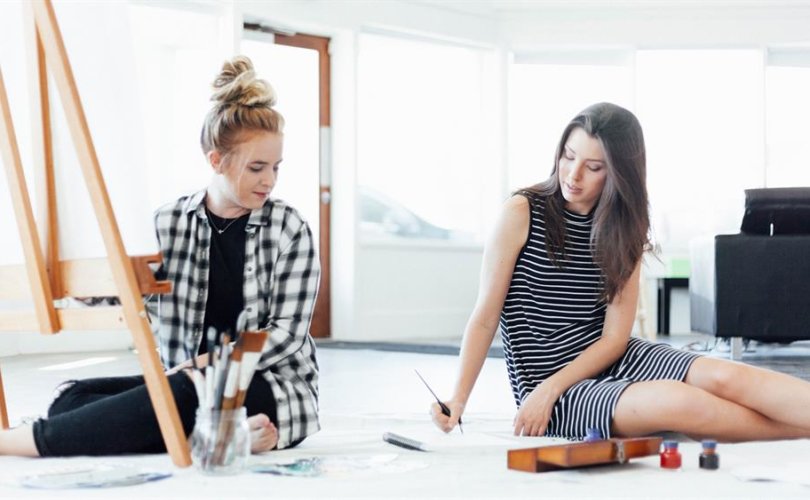 The city of Phoenix passed an LGBTQIA+ amendment in 2013 requiring business owners to accommodate homosexuals, regardless of their sincerely held beliefs. Duka and Koski, who specialize in “hand-painting, hand-lettering, and calligraphy” for events, challenged the anti-First Amendment ordinance as forcing them to violate their Christian faith.

“Artists shouldn’t be threatened with jail for disagreeing with the government,” Alliance Defending Freedom’s Jeremy Tedesco explained. “The government must allow artists the freedom to make personal decisions about what art they will create and what art they won’t create.”

A business or owner not serving homosexual events may be fined up to $2,500 and imprisoned for up to six months for each instance, according to the law.

The Brush & Nib Studio owners filed a pre-emptive legal challenge to the city law, called a “Pre-enforcement Challenge.” They explained they believe the Biblical teaching that marriage is the union of one man and one woman, and to promote or create for or participate in any way in homosexual events is a violation of their sincere beliefs.

“Just because an artist creates expression that communicates one viewpoint doesn’t mean she is required to express all viewpoints,” Tedesco reasoned. “It’s unjust, unnecessary, and unlawful to force an artist to create against her will and intimidate her into silence.”

Mullins ruled that the Phoenix ordinance was constitutional and did not violate the free exercise of religious beliefs. She wrote that Phoenix can indeed force Brush & Nib to enable homosexual events.

Mullins said that endorsing same-sex “marriage” by creating homosexual wedding invitations “does not hinder in any way plaintiffs’ independent exercise of religious belief by attending the church of their choice, engaging in religious activities or functions, and expressing their beliefs on their business website and literature or in their personal lives.”

Yet in the same ruling, Mullins told Duka and Koski not to “state or imply” that they won’t industrially participate in same-sex “marriage,” nor explain why. The same judge earlier rejected a request for a temporary injunction on enforcing the city statute.

Phoenix officials cheered the order. “The city considers this another victory that confirms Phoenix’s non-discrimination ordinance is legal and valid,” spokeswoman Julie Watters said, claiming without explanation that the LGBTQAI+ law “protects the rights of all residents.”

Phoenix Mayor Greg Stanton praised the decision as “a complete victory for the city of Phoenix.” Stanton added that it was a “civil rights” victory. “Today was a victory for civil rights and … for everyone,” he said.

ADF attorney Samuel Green argued in court that the city ordinance is “compelled expression of speech.” He illustrated that Duka and Koski’s designs include scripture about the man and wife becoming “one flesh,” and to force them to describe a homosexual relationship in those terms is government coercion.

Green also brought up the fact that Duka and Koski would be happy to sell their non-personalized invitation designs to homosexual couples.

Green said the reverse circumstance applies as well, that a gay businessman, for instance, should not be forced by government to facilitate a church event criticizing sodomy.

Duka and Koski first met at a Bible Study in 2015. Brush & Nib is the first business startup for both women. They expressed the common business goal of reflecting “the beauty God placed all around us” and sharing that beauty.