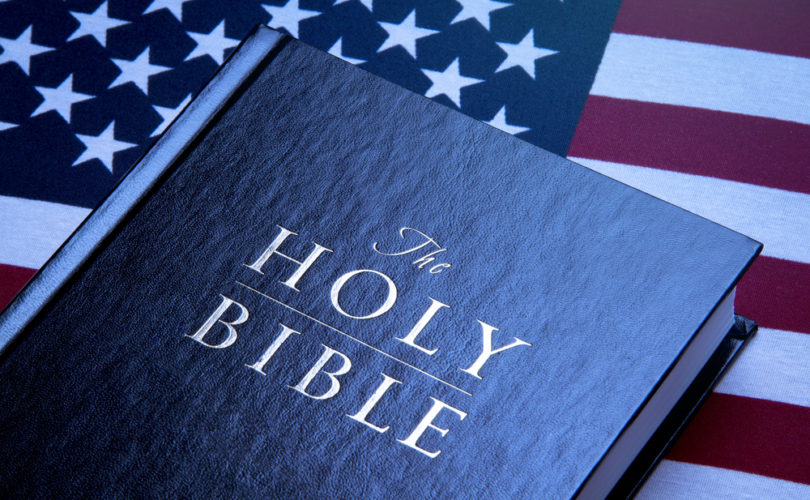 May 28, 2021 (Family Research Council) – Judge Wayne Mack is a Justice of the Peace in Texas who has been in public service for over 33 years. When he was elected in Montgomery County, there were no medical examiners in the county, so he served as the coroner for the county. When there was a death in the county, he would bring volunteer chaplains to comfort the families. To thank the chaplains, Judge Mack would invite them to open his court proceedings with a short invocation. Who could object?

The Freedom from Religion Foundation (FFRF), which calls itself an organization of “atheists, agnostics and skeptics of any pedigree,” is once again on their own quest to interfere with common decency and create problems over prayer. The FFRF decided Judge Mack’s volunteer chaplains were too much and sued.

Judge Mack’s battle with the FFRF began in 2015 when he was brought before the Texas State Commission. In November of that year, the Commission officially dismissed the complaint from FFRF. The Lt. Governor of Texas, Dan Patrick, asked the Texas Attorney General, Ken Paxton, to clarify that Judge Mack’s actions were constitutional. Attorney General Paxton provided that guidance. Even still, FFRF went after Judge Mack and filed suit.

FFRF got the result they desired: a federal judge, Judge Hoyt, ruled that Judge Mack’s actions did violate the Establishment Clause. Judge Hoyt held, “The defendants’ ceremony … violates the Establishment Clause because it has both a religious purpose and a primary effect of advancing or endorsing religion.” Despite the list of chaplains also including representatives of Buddhism, Hinduism, and Judaism, the judge found that Judge Mack was endorsing a religion.

Leading government proceedings with prayer has a long tradition in this country, including at the U.S. Supreme Court. In Town of Greece v. Galloway, the Supreme Court held that the invocation of prayer at a legislative session did not violate the Establishment Clause. The court recognized that the Establishment Clause was never meant to prohibit legislative prayer. Court room prayer is similar.

FFRF and other atheist groups have been on a quest for many years to stamp out any form of prayer or religion in our country and society. Much to the dismay of these groups, prayer is an essential part of our country's history. Thankfully, Judge Mack’s attorney will be appealing the decision.

On Pray Vote Stand, we discuss how Christians should respond to these efforts to restrict our religious freedom. Tune in at prayvotestand.org.