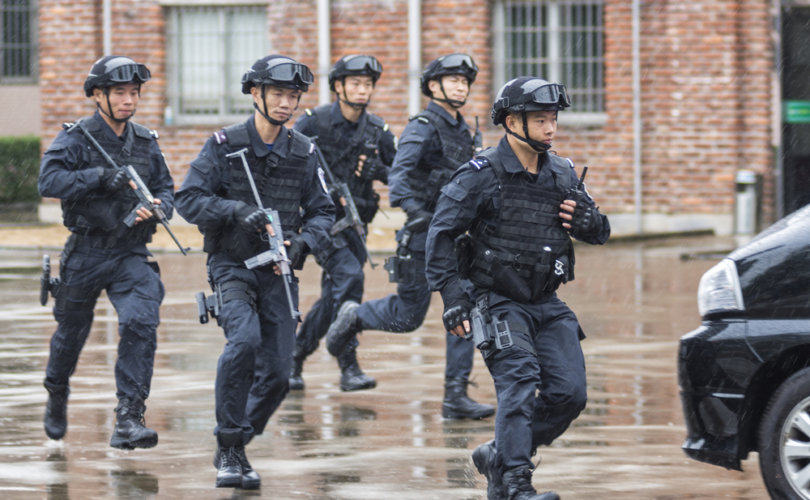 CHINA, November 21, 2018 (LifeSiteNews) – For the fifth time since Pope Francis appointed him bishop in 2016, a faithful Chinese prelate has been taken into custody by police for interrogation and indoctrination.

The bishop who has been a member of the underground Church – faithful to the Holy See during decades of communist government persecution – will be “coerced to submit to the religious policy of China, which requires registration with the government and membership of the Patriotic Association (PA),” according to Asia News, which first broke the story.

The kidnapping of Pietro Shao Zhumin, bishop of Wenzhou, on November 9 occurred despite the Vatican having entered into an agreement in September with the communist government, whose heavy-handed, oppressive tactics regarding the Catholic Church appear to remain in full effect.

Despite the agreement which the Vatican has hailed as a positive step forward for the Catholic Church in China, reports of the destruction of church buildings continue and clergy who have resisted joining the government-run PA have mysteriously disappeared and undergone similar periods of detention for indoctrination. The deal reportedly allows the communist government, rather than the Catholic Church, to select bishops.

Children under 18 years of age continue to be barred from entering churches for religious services.

Persecution of Church faithful has increased, not decreased, since the Vatican-China agreement

“After the agreement between China and the Vatican on the appointment of bishops, the PA has stepped up controls and the persecution of underground communities,” according to the Asia News report.

Cardinal Joseph Zen of Hong Kong has been vocal in his criticism of the deal since it was first announced, asserting it is “a major step toward the annihilation of the real Church in China.”

The faithful in China are now coming under increasing pressure after the communist government tightened regulations on the practice of religion in February.

According to Zen, the environment for practicing Catholics has grown so toxic in recent months that priests who were members of the underground Church are warning parishioners not to attend Mass in order to avoid arrest.

More recently, Zen revealed that “underground clerics have cried to him” since the Vatican signed a deal with China on the appointment of bishops.

“They said officials have forced them to become open, to join the [schismatic] Chinese Catholic Patriotic Association and to obtain a priest's certificate with the reason that the pope has signed the Sino-Vatican provisional agreement,” Cardinal Zen told the Union of Catholic Asian News (ucanews.com).

Because the agreement is not public, the legitimate Catholic clergy do not know what the Holy Father wants them to do.

“Some priests have escaped, and some have disappeared because they do not know what to do and are annoyed. The agreement is undisclosed, and they do not know if what officials say is true or not,” Zen said.

Some of the clerics’ hardships enumerated in Zen’s letter are confiscated money, clerics’ relations being harassed by civil authorities, imprisonment, and even execution.

“But the Holy See does not support them and regards them as trouble, referring to them causing trouble and not supporting unity. This is what makes them most painful,” said the cardinal.

Chinese officials have remained silent on Bishop Zhumin’s abduction and detention, according to an AP report. While he is expected to be held in custody for no more than 15 days, his most recent detention lasted seven months.