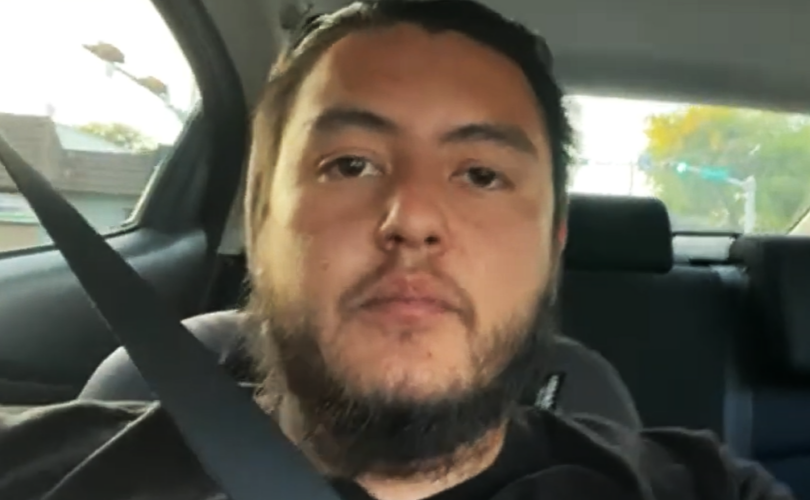 (LifeSiteNews) — Last week, three young adults called into a California school board meeting, citing their personal regrets of “transitioning” as teenagers to take a stand against indoctrinating children with gender ideology in schools.

On Thursday, the newly formed Detrans United organization posted on Twitter announcing that Chloe Cole, Abel Garcia, and Cat Cattinson had each called into the Conejo Valley Unified School District board meeting “to voice our concerns about their policies that allow confused children to come to harm.”

A couple of days ago, @OfficialAbelG, @catcattinson, and @ChoooCole spoke back to back at a @ConejoValleyUSD school board meeting to voice our concerns about their policies that allow confused children to come to harm. WATCH BELOW pic.twitter.com/3FN86Za45w

“Contrary to certain claims, waiting is not the worst part of getting a mastectomy,” she said during the allotted two minutes she had to address the school board. “Very quickly I was given what I wanted, but it was far from what I needed. Two years later, I am still suffering from major complications. I will not be able to breastfeed any children I have in the future.”

“We cannot expect children, as young as they are right now, to believe that they can change their sex with cross sex hormones [or] with irreversible surgeries,” Abel Garcia told the school board during his call. “Here in California, we do only the affirmative action and we do not inform patients of what actually happens when they go through these surgeries.”

Garcia is now 25 years old and went through “transition” at age 19. When he was 21, he received breast implants, which he described as “a very quick process.”

“I cannot expect a child — a high school, middle or elementary child — to understand the full extent of the damages that will be done to their bodies if an adult like myself wasn’t able to.”

Cat Cattinson, a molecular biologist, was “introduced to gender ideology when I was 13 years old.” She said that “identifying as the opposite sex, a man … negatively affected me for the next 15 years.”

“Minors cannot consent to these irreversible changes,” she told the school board. “Children need to be told by teachers and the school that humans cannot change sex. It’s impossible. And trying to appear as the opposite sex comes with significant health risks, such as infertility and osteoporosis.”

Cattinson also emphasized that “transgender” hormone and surgical “treatments” are all “irreversible.”

“I think that instead we need to tell kids that they don’t need to change themselves to be themselves,” she concluded. “There is a serious lack of quality research that any of these interventions improve mental health or prevent suicide in the long term.”

Recently, the state of California endorsed the LGBT agenda through policies that force support for medical “transitions.”

Last month, Democratic Gov. Gavin Newsom signed a bill that prohibits the release of medical information regarding minors seeking “gender-affirming care” to investigators from children’s home state, making California a so-called “safe space” for gender-confused children. The new law also forbids police from arresting anyone for violating other states’ laws against transitioning youth and grants courts the power to take children coming to California for “gender transitions” into their custody.