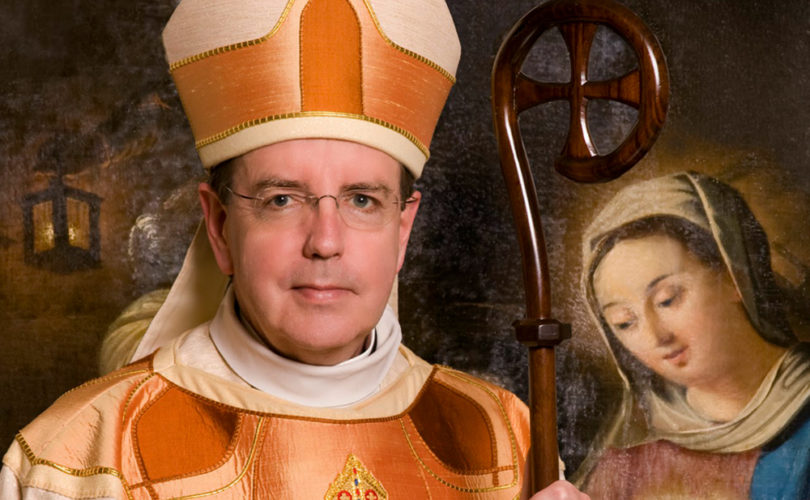 Detroit’s archbishop has banned a homosexual activist from making a presentation at a parish in his diocese, and the speaker, along with the church’s pastor, is using Pope Francis to object.

Archbishop Allen Vigneron, who last year weathered criticism for affirming that Catholics who support homosexual marriage should not present themselves for Communion, put a stop to homosexual activist Francis DeBernardo’s planned presentation November 22 at Christ the King parish in northwest Detroit.

DeBernardo, who heads up New Ways Ministry, was going to speak for Fortunate Families, a group for Catholics whose children are in the homosexual lifestyle.

Christ the King Pastor Father Victor Clore was notified the week prior to the event by an archdiocesan official that the parish could not host the meeting, according to the Detroit Free Press, and he said the archdiocese's position was discouraging.

“I'll give you a quote from one of my parishioners, who said, ‘It amazes me how Pope Francis eagerly and happily engages those who openly deny the divinity of Christ, yet DeBernardo is deemed unworthy to enter our church,’” he said.

“That's pretty much my feeling, too,” the priest continued. “It's treating people as if they were children.”

The event was moved to the clubhouse of a local condominium.

Fortunate Families held a similar meeting at the church last year, the newspaper said, but the archdiocese’s problem this year was DeBernardo and New Ways Ministry.

A spokesman for Archbishop Vigneron said New Ways Ministry is not an approved organization to address Catholic teachings on homosexuality.

News Ways Ministry, under DeBernardo’s leadership, is organized to oppose the teachings of the Catholic Church, the Catholic League for Religious and Civil Rights (Catholic League) said in a statement, listing infractions and censures involving New Ways as far back as 1984.

New Ways has been banned by the Vatican and several US bishops, but that didn’t stop DeBernardo and other homosexual activists from gathering in Rome during the Vatican’s Extraordinary Synod on the Family last month to hold an alternate synod on the homosexual agenda.

“The reason we invited Frank DeBernardo, is he just returned from Rome and the Synod on the family, and he was going to share his perspective and where do we go from here,” said Karle-Nelson. “The pope has asked for reactions and to weigh in.”

This wasn’t the first time New Ways has been denounced by the Church in the Michigan archdiocese.

Detroit Cardinal Adam Maida administered an extensive investigation of New Ways founders at the request of Church officials during the 1980s and 1990s, the Detroit Free Press reported.

The Catholic League wasn’t alone in recognizing the problem with the Church allowing DeBernardo’s appearance.

“The problem with having that guy speaking at a Catholic parish is that he is fundamentally opposed to church teaching, and they distort church teaching,” McNally said. “Therefore, the archdiocese has done the right thing and it should not be held on church property. It creates more chaos and confusion in the minds of the faithful.”