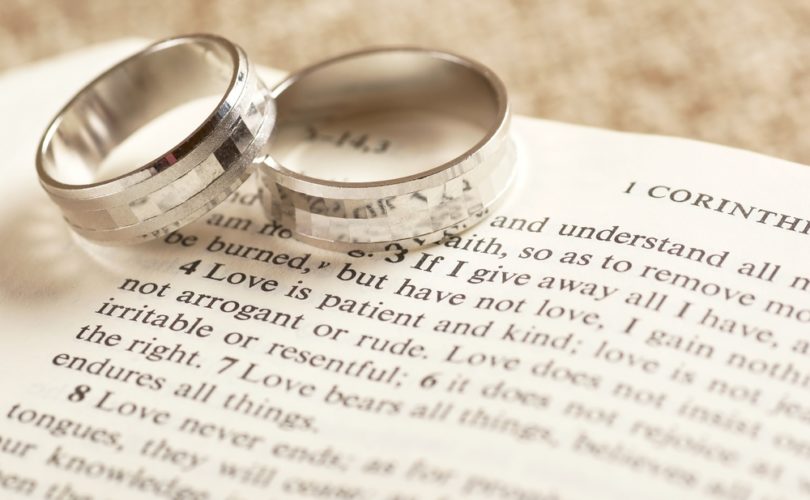 DETROIT, December 18, 2015 (LifeSiteNews) – A Catholic priest of the Archdiocese of Detroit recently referred to a homosexual union between his nephew and another man as “sacred and sacramental,” one of several comments he made that conflict with Church teaching on homosexuality.

“They are two very holy guys,” said Father Ronald Victor. “I do see their union as being sacred and sacramental, in the sense that it reflects God’s love.”

Father Victor, pastor of St. Isidore Catholic Church in Macomb Township, Michigan, made the statements while at the two men’s “wedding” this past summer at a Detroit-area Episcopal church, according to the Detroit Free Press.

Father Victor told his nephew the Catholic Church “needs more examples of gay holiness,” the newspaper said, and that this was the reason for the priest’s presence at the same-sex ceremony.

He was moved by the “wedding” ceremony, he said, yet at the same time, “a little angry and a little disappointed that we couldn’t do it in a church where I could have officiated.”

The priest told the Detroit Free Press he believes many Catholic priests would be open to blessing same-sex unions, but that, “they can’t be real public with that.”

However, Father Victor said he himself is comfortable being public with it now.

LifeSiteNews inquired with the Archdiocese of Detroit and with Father Victor regarding how his comments reconcile with Catholic Church teaching, and did not hear back by press time.

Citing the repeatedly invoked and misunderstood words of Pope Francis on homosexuality, which have resulted in significant confusion on the Church’s position, Father Victor said he doesn’t know the wrongdoings or every sin of everyone who presents themselves for Communion, however, “As long as they’re seeking God, who am I to judge?”

The Church’s Canon 915 of the Code of Canon Law states that those “obstinately persevering in manifest grave sin are not to be admitted to Holy Communion.”

The Church teaches that homosexual acts are acts of “grave depravity” that are “intrinsically disordered” and cannot be approved under any circumstances due to their violation of Natural Law and the fact they close off the sexual act off to the gift of life. The Church also says that homosexual persons are called to chastity.

While Father Victor acknowledged that his nephew’s same-sex relationship did not meet the life-giving principle held by the Catholic Church, he gave it a license.

He said as well that having his nephew identify as homosexual affected his outlook on homosexuality.

“It’s been one of those things when somebody you know and love a lot comes out, it kind of changes your perspective,” he said.