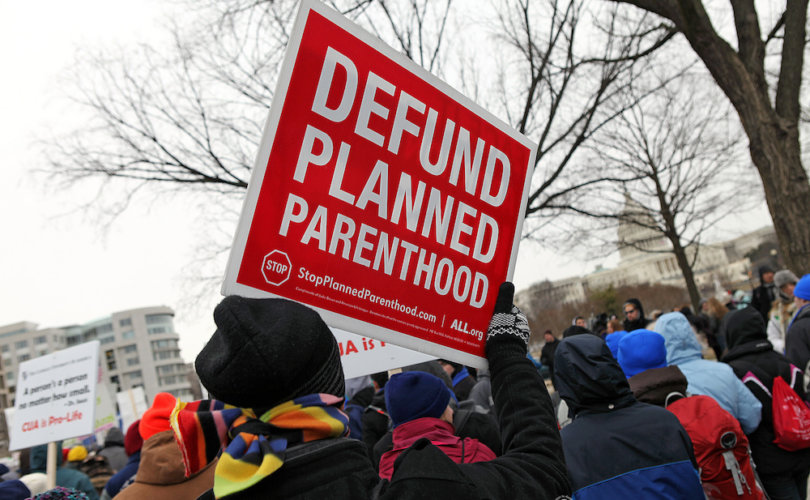 “And now four more words,” Richards continued, “the most important ones: THESE. DOORS. STAY. OPEN.”

“If you want to stay in bed or hide from the world, I can't blame you.”

“I know that you and I can't possibly have enough words to describe our feelings about what happened in this election and what lies ahead,” she states.

“If you want to stay in bed or hide from the world, I can't blame you,” Richards says. “But I hope you won't. Instead, I hope you'll join me in focusing on those important four words: These. Doors. Stay. Open.”

The email goes on to insist Planned Parenthood will continue to fight for “health care, reproductive services, and abortion.”

The doors of Planned Parenthood’s “health centers” “will stay open because our voices get louder,” Richards promises in the email.

“Together, we made history — helping the first woman candidate for president from a major party get so, so very close to the White House,” she says, “and we *almost* won. That day will come. It will.”

Richards also vows that the Planned Parenthood “family” will stop “the opposition.”

“We have seen what our opposition is capable of and the consequences are inconceivable,” Richards declares to supporters. “You, me, and the rest of the Planned Parenthood family must — will — stop them. That's what we do.”

Planned Parenthood aborts more than 320,000 U.S. babies each year, getting almost $554 million taxpayer dollars in the process. Richards, who makes more than $590,000 each year to steer the Planned Parenthood ship, has regularly endorsed and campaigned for pro-abortion candidates, to which the abortion giant has also donated millions of dollars.