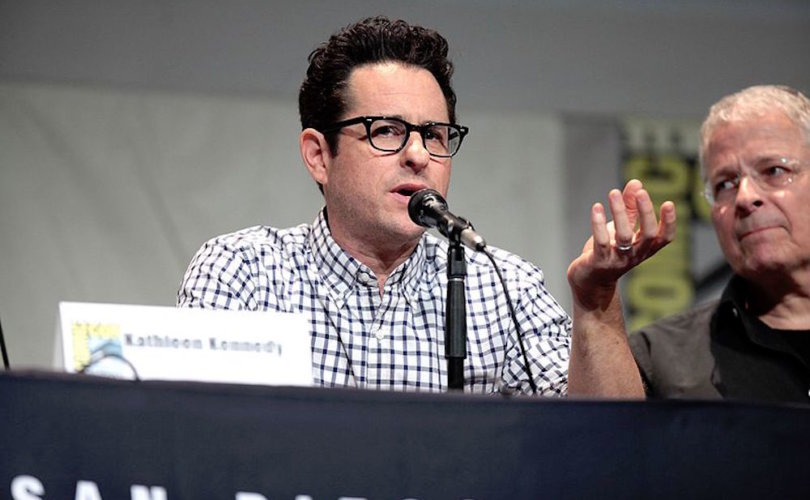 May 15, 2019 (LifeSiteNews) – While other Hollywood actors and creators have called for boycotting Georgia to protest its new law protecting babies with detectable heartbeats, the minds behind the latest iterations of some of America’s most iconic science-fiction franchises are instead donating profits from an upcoming series filming in the Peach State to pro-abortion organizations.

The production companies of J.J. Abrams, who rebooted the Star Trek films starting in 2009 and is the director of two films of the third Star Wars trilogy, and Jordan Peele, who is currently helming a CBS All Access reboot of Rod Serling’s anthology series The Twilight Zone, are developing a new HBO series called Lovecraft Country, based on a horror novel inspired by the works of H.P. Lovecraft.

The new show was set to film in Georgia and will continue to do so, but Fox News reported that Peele’s Monkeypaw Productions and Abrams’ Bad Robot Productions have announced they will protest the state’s newly-enacted heartbeat law by donating all of their episode fees to two groups: the Georgia chapter of the left-wing American Civil Liberties Union (ACLU), which is suing to block the law, and Fair Fight Georgia, an “election reform” organization launched by Democrat Stacey Abrams on the false premise that the Georgia governor’s race was stolen from her.

“In a few weeks we start shooting our new show, ‘Lovecraft Country,’ and will do so standing shoulder to shoulder with the women of Georgia,” the companies declared in a statement. “Governor Kemp’s ‘Fetal Heartbeat’ Abortion Law is an unconstitutional effort to further restrict women and their health providers from making private medical decisions on their terms. Make no mistake, this is an attack aimed squarely and purposely at women.”

In fact, the Georgia law contains far more exceptions that most heartbeat laws to be proposed or enacted over the past year, with exceptions for cases of rape, incest, and pregnancies deemed “medically futile” (in addition to an exception for physical threats to a mother’s life, which is standard for pro-life legislation). If allowed to take effect, it will ban abortions in all other cases as early as six weeks into a pregnancy starting in January 2020.

Abrams and Peele follow protests by dozens of celebrities and the Writers Guild of America threatening to boycott the state in hopes of impacting the considerable jobs and revenue filmmaking generates for Georgia’s economy. A handful of smaller studios have since announced they’re refusing to film in Georgia, and far-left actress Alyssa Milano is calling for women to take part in a “sex strike,” because “until women have legal control over our own bodies we just cannot risk pregnancy.”

Abrams’ third Star Trek film, Star Trek Beyond, caused some controversy for depicting Hikaru Sulu in a same-sex “marriage,” a decision criticized by original Sulu actor George Takei despite Takei himself being an outspoken homosexual activist. Left-wing politics have so dominated Peele’s Twilight Zone that even some liberal sites have criticized it for being heavy-handed. The reboot is a stark contrast from Serling’s original series, whose social commentary focused more on questions of human nature and contained numerous affirmations of faith and human dignity.