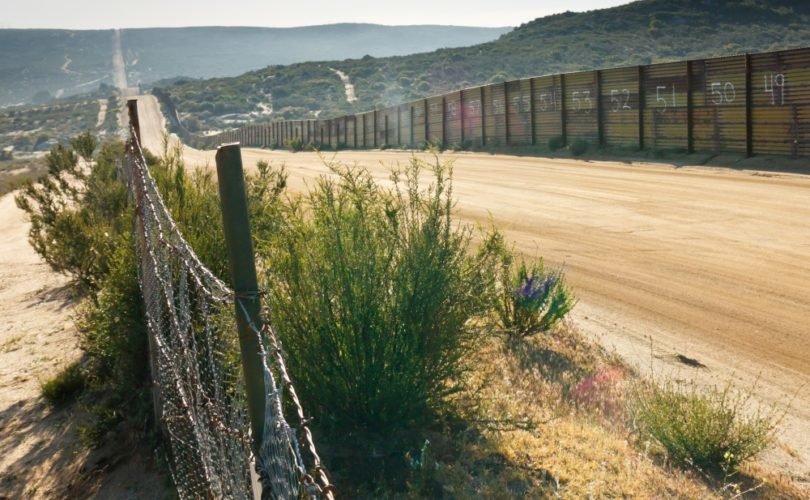 WASHINGTON, D.C., September 21, 2020 (LifeSiteNews) – The Department of Homeland Security (DHS) at this point has found no evidence supporting allegations of a doctor unnecessarily removing the uteruses of women in custody at a U.S. Immigration and Customs Enforcement (ICE) facility in Georgia.

“In our initial review of the paper documents available, there is nothing to support the allegations related to hysterectomies in the medical records,” a DHS spokesperson told LifeSiteNews on Sunday.

The spokesperson also referred to a report by the Associated Press (AP), according to which “the lawyer who filed the complaint indicated that the allegation related to hysterectomies is speculative and was submitted to get us to investigate it.”

The article emphasized the AP was unable to find “evidence of mass hysterectomies as alleged in a widely shared complaint filed by a nurse at the detention center.”

Priyanka Bhatt, one of the lawyers who helped file the nurse’s lawsuit, “said she never spoke to any women who had hysterectomies.” She also admitted “she included the hysterectomy allegations because she wanted to trigger an investigation to determine if they were true.”

Nevertheless, after reviewing medical records for four women and conducting interviews with lawyers, the AP found support for “growing allegations” that the doctor in question performed “surgeries and other procedures on detained immigrants that they never sought or didn’t fully understand.”

“Although some procedures could be justified based on problems documented in the records,” the AP continued, “the women’s lack of consent or knowledge raises serious legal and ethical issues, lawyers and medical experts said.”

Dr. Mahendra Amin, a gynecologist, had treated “at least eight women detained at Irwin County Detention Center [ICDC] since 2017, including one hysterectomy, said Andrew Free, an immigration and civil rights lawyer working with other attorneys to investigate medical treatment at the jail. Doctors are helping the lawyers examine new records and more women are coming forward to report their treatment by Amin, Free said.”

The DHS spokesperson emphasized in a statement to LifeSiteNews that its investigation into the allegations is still ongoing. “Our document review continues to be absolutely sure of the situation at the facility in question,” the spokesperson wrote.

“Several immigrant women have reported to Project South their concerns about how many women have received a hysterectomy while detained at ICDC,” the complaint stated. “One woman told Project South in 2019 that Irwin sends many women to see a particular gynecologist outside the facility but that some women did not trust him. She also stated that ‘a lot of women here go through a hysterectomy’ at ICDC.”

“More recently, a detained immigrant told Project South that she talked to five different women detained at ICDC between October and December 2019 who had a hysterectomy done. When she talked to them about the surgery, the women “reacted confused when explaining why they had one done.”

“The woman told Project South that it was as though the women were ‘trying to tell themselves it’s going to be OK.’ She further said: ‘When I met all these women who had had surgeries, I thought this was like an experimental concentration camp. It was like they’re experimenting with our bodies.’”

As reported by The Daily Caller on Thursday, Dr. Mahendra Amin was in trouble with the law a number of years ago, settling a lawsuit for $520,000.

“Amin had been accused of orchestrating a scheme at Irwin County Hospital (ICH) in Georgia, which he was a part-owner of, in which unnecessary procedures were administered on patients to bolster federal Medicare and Medicaid payments to the hospital, according to the indictment,” the article recounted.

Several top Democrats have commented on the allegations.

“If true, the appalling conditions described in the whistleblower complaint — including allegations of mass hysterectomies being performed on vulnerable immigrant women — are a staggering abuse of human rights,” House Speaker Nancy Pelosi said.

Congressman Bennie Thompson, the Chairman of the House Committee on Homeland Security, directly attacked the Trump administration. “We cannot allow the Trump administration’s horrific anti-immigrant policies to continue to threaten the general health and wellness of migrants in government care or of the personnel working at these facilities,” he said.

In 2014, the California State Auditor released a report which showed that of the 144 prison inmates “who underwent tubal ligations from fiscal years 2005-06 to 2012-13, auditors found nearly one-third were performed without lawful consent.”

“In some cases, physicians falsified the consent forms,” USA Today reported. The audit found “that all women receiving tubal ligations had been incarcerated at least once before, indicating that they were repeat offenders,” seeming to suggest they were targeted.

Forced sterilization in California prisons was the subject of a Human Rights Watch film released earlier this year.

Beginning in 1932, what is now known as the infamous Tuskegee Study or Tuskegee Experiment was a “40-year experiment run by Public Health Service officials followed 600 rural black men in Alabama with syphilis over the course of their lives, refusing to tell patients their diagnosis, refusing to treat them for the debilitating disease, and actively denying some of them treatment,” The Atlantic summarized.

According to the National Library of Medicine:

A study by the U.S. General Accounting Office [found] that 4 of the 12 Indian Health Service regions sterilized 3,406 American Indian women without their permission between 1973 and 1976. The GAO [found] that 36 women under age 21 were sterilized during this period despite a court-ordered moratorium on sterilizations of women younger than 21.

Two years earlier, an independent study by Dr. Connie Pinkerton-Uri, Choctaw/Cherokee, found that one in four American Indian women had been sterilized without her consent. PInkerton-Uri’s research indicated that the Indian Health Service had “singled out full-blooded Indian women for sterilization procedures.”