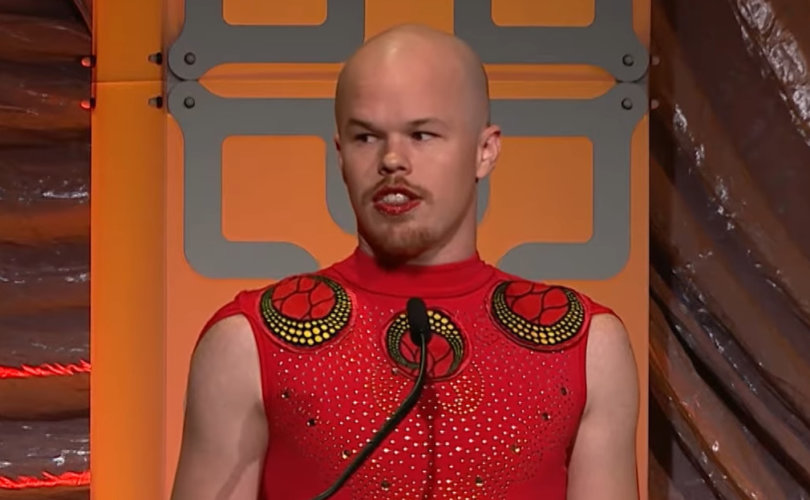 (LifeSiteNews) — The Biden administration’s pick to be the new Assistant Secretary in the Office of Nuclear Energy is not only a drag queen and a homosexual activist, he helped lay a groundwork of lies to undermine and poison all efforts aimed to help young people deal with unwanted same-sex attraction and gender dysphoria.

Sam Brinton’s emotional story has brought many to tears and fueled the rise of the Trevor Project, ultimately prompting the banning of Sexual Orientation Change Efforts in the U.S. and Canada. However, according to one team of experts, much of his disturbing story consists of lies and fabrications.

Brinton was made a poster child for the Trevor Project based on his story about the supposed horrors of “conversion therapy.” He spoke of forced treatment he received which tried to change his sexual orientation, which included shock therapy, electrocution, heat and coils, needles, government killing people, a suicide attempt, and abuse from his father.

In what is now proving to be an invaluable video, Susan Constantine, founder of the Human Behavior Lab, analyzes the body language and personal story of Biden’s latest high-level hire, calling much of his story into question.

Constantine is the world’s leading authority on body language as it pertains to leadership and deception detection. She has appeared in over 1,500 national TV shows as a primetime contributor and analyst on CNN, Dateline, Nightline, Fox News among many others, and has provided testimony in the highly publicized trials of men who claimed to be sexually molested by Michael Jackson, the Jeffrey Epstein case, and more.