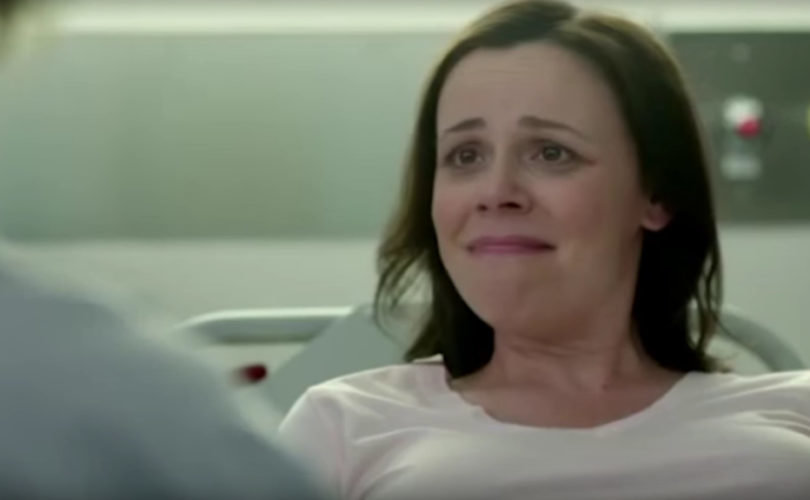 SANTA CLARA, CA, February 8, 2016 (LifeSiteNews) – The job of NARAL Pro-Choice America is to advance and enhance the image of abortion in the United States. But some critics say a recent message posted on its Twitter account has set its cause back, exposing the ignorance or malice that underlies its position.

During Super Bowl 50 last night, NARAL criticized a Doritos commercial that showed an ultrasound of an unborn child seeming to reach out for a chip as “humanizing” human “fetuses.”

Pro-life leaders like Marjorie Dannenfelser, Bryan Kemper, Dr. Albert Mohler, and Ed Stetzer responded online, as did a host of others questioning the abortion trade group's grasp on science and reason.

@NARAL, did u take #9thGradeBio? Or are you #sciencedeniers? #Embryology: Fetus of two human parents IS #humanbeing. #ReHumanize. @Doritos

.@NARAL @Doritos Maybe “humanizing” instead of dolphinizing because, you know, humans and stuff.

The American abortion organization's comment on a U.S. sports event's broadcast drew responses from all over the world.

The Canadian pro-life group We Need a Law tweeted:

@NARAL It actually isn't @Doritos that “humanizes” fetuses. They are human from right from the start. #science #embryology

In Africa even without ultrasound facilities EVERYONE knows that a baby in the womb is HUMAN!Stupid @NARAL @Doritos https://t.co/WG8LbRxese

Loved your funny #SB50 ad @Doritos. You're the inhuman ones, @NARAL.