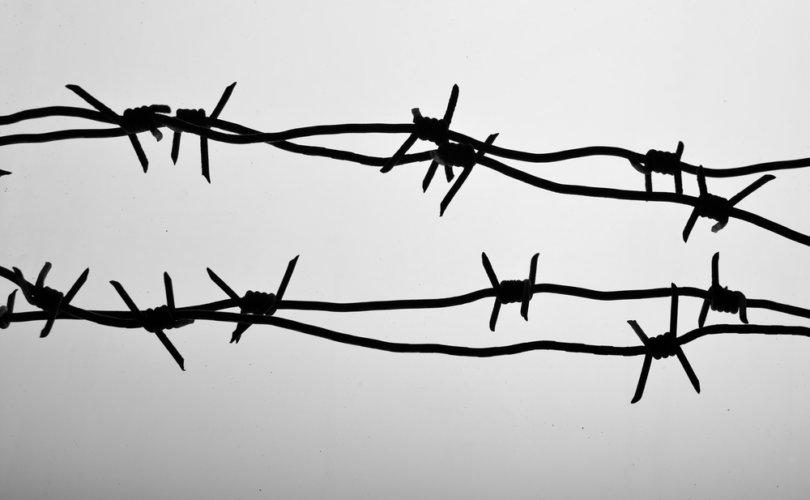 In a homily, the Serbian Orthodox Bishop Photius of the Eparchy of Zvornik and Tuzla described a great battle “being fought for human freedom on all continents” and urged the faithful to join the cause against digital slavery.

A great speech by the Serbian Orthodox Bishop Photius ☦️ about current situation in the world.

“A great battle is being fought for the freedom all around the world” pic.twitter.com/Mhwued0fTh

“Free thinking Europe, libertarian Europe, is fighting against [a] so-called ‘digital concentration camp’ that is being forced on the entire world,” said the bishop. “Perhaps the camp has another name… Its lines and barbed wires cannot be seen, but they … exist.”

Photius continued: “Until now, people have been struggling each in their own place of living, in their own region, in their own country, but today [it] is necessary to struggle globally for global freedom because if they close everything, and if they place us in those digital camps, nobody will be able to go to anybody.”

The bishop’s homily was posted to Twitter on Dec. 14 and re-surfaced as Serbia’s favorite son, tennis great Novak Djokovic, fought to be allowed to defend his title in Australia.  Djokovic, who has natural immunity from having suffered a bout of COVID-19, has become a hero to those who uphold the right of persons not to have to take experimental vaccines.

Currently nations and cities around the world are adopting mandates to force citizens to obtain the experimental COVID-19 vaccine. The COVID-19 inoculations, which were developed via abortion and the harvesting of baby body parts, are ineffective in stopping the transmission or contraction of the virus. Additionally, an increasing amount of data shows that the COVID jabs are unsafe. Their long-term side effects are unknown.

Photius highlighted the spiritual nature of humanity’s struggle against COVID passports and said that they are part of a new Chinese-style digital communism. He warned that vaccine passport implementation is a “trap” to ensnare humanity while granting privileges to benefit only “the chosen ones,” “the obedient,” and “‘the ‘rulers of this world.’”

“Someone may be totally imprisoned in one’s apartment, not being allowed to move from one room to another, and this may be declared the best solution,” he continued.

The bishop stated that it is time for the Christian Church to become resolute and resist vaccine passports by engaging in prayer and fasting, and for everyone to respond however they can.

“Because if we accept [vaccine passports], we will be slaves, unaware of our situation,” he explained.

“That is why this struggle is great.”

Photius noted that “great minds of the Roman Catholic Church” and other intellectuals have protested the vaccine passports. His perspective contrasts starkly with the pro-COVID vaccine policy enforced by Pope Francis, however.

Given Pope Francis’s position, Photius’s words must refer to outspoken Catholic leaders like Archbishop Carlo Maria Vigano, Bishop Athanasius Schneider, and others of like mind who have signed on to statements such as the The Bethlehem Declaration.

“We don’t want anarchy, we want freedom, and we should fight for it, each in one’s own way…. We on earth should show that we are worthy descendants of all our holy ancestors, as our Saint Patriarch Pavle used to say.”