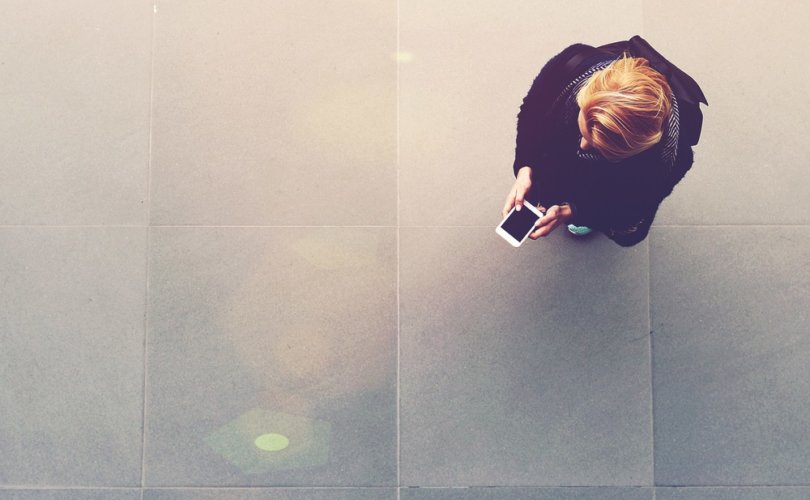 April 22, 2020 (LifeSiteNews) — A digital rights group is warning that governments worldwide are working with big tech firms to develop software that uses people’s smartphones as a tracking application for health authorities.

Woodhams created a live index to track the various security measures put in place in the name of fighting the coronavirus. This list includes government and private-sector tracking methods.

According to the index, there are currently 23 countries using contact tracking applications, with “alternative digital tracking measures” being active in 22 countries.

The live index also shows that “physical surveillance technologies” are being used in ten countries, and that coronavirus related censorship has been “imposed by 12 governments.” Lastly, the live index shows that internet shutdowns continue in four countries “despite the outbreak.”

Woodhams said that unless these “highly invasive” measures are not tracked, increased surveillance measures will become normalized.

“Without adequate tracking, there is a danger that these new, often highly invasive, measures will become the norm around the world,” Woodhams said in the Business Insider report.

“Although some may appear entirely legitimate, many pose a risk to citizens’ right to privacy and freedom of expression,” adding “documenting the new measures is the first step to challenging potential overreach, providing scrutiny and holding corporations and governments to account.”

A VPN is software that anyone can install on his computer or smartphone and is designed to encrypt one’s data, hiding his Internet Protocol (IP) address. It acts as a “private tunnel” one can use to surf the internet without regional restrictions imposed by governments.

A recent Top10VPN investigation found that a total of 59 percent of free VPN apps available for download are “run by secretive companies with hidden Chinese ownership.” Top10VPN says this shows that people need to do their due diligence when choosing which apps to use.

China is a nation with very strict internet censorship measures and is known for its “Great Firewall of China.” The internet firewall was built through legislative actions and technologies by the Chinese regime and serves to restrict or ban content from sites such as Google, Facebook, Twitter, and Wikipedia.

Recently, a former contractor for the CIA now exiled, Edward Snowden, warned that surveillance measures many governments are using, or at least proposing to use in the name of combatting the coronavirus, could end up becoming permanent.

The Business Insider article says the Wall Street Journal has reported that all levels of government in the United States are studying people's geolocation with data gathered from the advertising industry.

The U.S. Centers for Disease Control was recently allotted $500 million to build a ”surveillance and data collection system” as part of the U.S. government coronavirus legislation.

In the U.S., health care workers in a handful of American states are sharing with police the addresses of those who test positive for the virus. Police are obtaining coronavirus patient addresses in four U.S. states in the name of “safety.”

In Canada, it was reported that the federal government has not ruled out using Canadians’ cell phone location data to track people's movements during the coronavirus epidemic. Some Canadian provinces such as Alberta said they are planning to use people’s cell phones to track their whereabouts.

In the Wuhan area of China, where the coronavirus is reported to have started, the Chinese government recently lifted travel restrictions but will allow only those with a government surveillance app on their phones to enter or exit.

A more extreme example of surveillance laws being put in place includes those in Israel, whose security agency no longer needs to have a court order to track one's phone.

Austria’s biggest telecommunications network operator said in mid-March that it was sharing people’s data locations, which had been scrubbed of users’ identity, with the government.

The Wall Street Journal posted an article this week titled “How Coronavirus Is Eroding Privacy,” which raises questions about how the virus has caused an erosion of people’s data privacy.

In early April, Alphabet’s Google division released location data for 131 countries that could be used by authorities to determine if people are obeying quarantine rules.

Also, it was reported that China continues to crack down on live-streamed services of underground churches during the coronavirus lockdown.