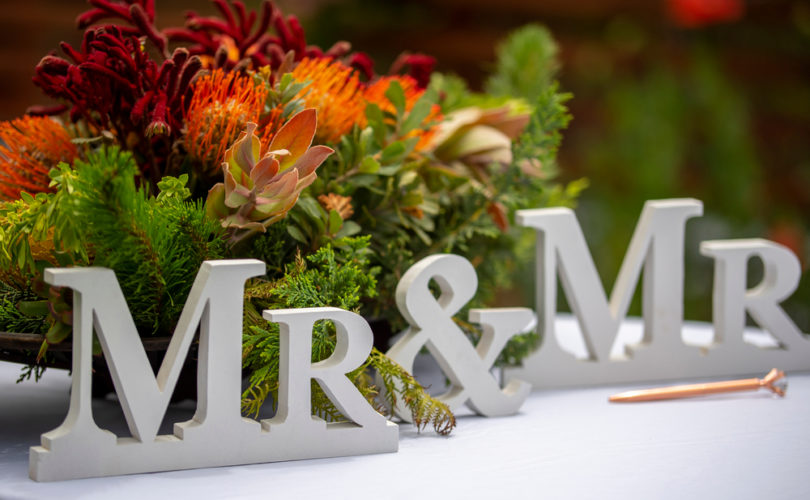 BONASSOLA, Italy, April 7, 2021 (LifeSiteNews) — A Catholic diocese in Italy has hit back at a priest’s refusal to bless palms on Palm Sunday in protest of the recent Vatican document re-iterating the prohibition on same-sex blessings. The diocese called the priest’s actions reprehensible.

Fr. Giulio Mignani of the Diocese of Spezia-Sarzana-Brugnato in northern Italy used the liturgical ceremonies of Palm Sunday to reveal his opposition to the Vatican’s March 15 affirmation of Church teaching regarding the prohibition of blessings for same-sex couples.

While the rubrics of the liturgical ceremony call for the blessing of palms for Palm Sunday, Fr. Mignani, aged 50, refused to perform the blessing. He cited fear of spreading COVID-19 as a reason for not conducting the traditional procession with palms, and then declared that because of this, it “makes no sense to bless the Palms.”

However, Mignani swiftly began attacking the Vatican: “If I can’t bless same-sex couples, then I don’t bless palm trees and olive branches either.”

Italian news outlets report that Mignani clearly used the liturgy as a protest regarding the ban on blessings for same-sex couples, declaring how he was happy to decline to bless palms in the face of the recent document. “I’m extremely happy that this decision of mine [t]o not bless the palms and olive trees take place [sic] a few days after the publication of the document of the Congregation for the [D]octrine of the [F]aith.”

He declared that no palms would be blessed as “a form of protest through which to manifest my belief that this prohibition is absurd, reaffirmed by the Congregation for the Doctrine of the Faith.”

Mignani objected to homosexual couples not being included in receiving a Church blessing, also attacking the traditional teaching of the Catholic Church, which regards all homosexual acts as sinful.

“In the church everything is blessed, not only the palm trees but sometimes, unfortunately, weapons were also blessed, But you cannot bless true love … of two people because [they are] homosexuals. But, even more serious, is the fact that their love continues to be called ‘sin.’”

The March 15 document from the Congregation for the Doctrine of the Faith (CDF) he described as harming the Church, since by banning blessings for same-sex couples, the Church “loses.”

“It is certainly not homosexual people who lose out, who can easily do without the blessing of the Church, because in the meantime there is God to bless them. Rather, the Church loses.”

The diocese was forced to respond to Fr. Mignani’s double attack on Church teaching, as well as liturgical ceremonial, with a press release being issued March 29, one day after Palm Sunday.

Vatican journalist Diane Montagna translated the document, which noted the event “with sorrow.”

“In spite of various interventions made personally by the Bishop in recent years and the statements issued to reiterate the official position of the Church to the faithful, in the face of Fr. Giulio Mignani’s remarks on matters of faith and morals, it is with sorrow that we must note what occurred again last Palm Sunday in the parishes entrusted to him.”

Observing the “disappointment” which Mignani’s actions caused “amongst the faithful,” the diocese declared it “reprehensible” to abuse the liturgy in order to make a “personal protest.” Such an action was made all the more offensive given that it was directed against the CDF, wrote the diocese.

The CDF’s March 15 document was “understandable” and explained with “respect, calm and truth” how the Church “does not possess, and cannot possess the power to bless such unions,” continued the statement.

The diocese also explained how Fr. Mignani’s initial reason for skipping the blessing and procession due to health fears was unfounded, given that even under the current restrictions, it was still possible to perform a small procession and blessing of palms, without the risk of any potential spread of infection.

“The matter is being assessed in the appropriate forums, in accordance with current canonical norms,” ended the statement.

Fr. Mignani is by no means alone in his opposition to Church teaching. Following the CDF’s pronouncement, a number of cardinals, bishops, and hundreds of priests have responded angrily, expressing their “disappointment” at the document. With the number of priests who openly oppose the CDF now in the thousands, it remains to be seen what sanctions, if any, the Diocese of Spezia-Sarzana-Brugnato will decide to place on Mignani.

Indeed, as noted in the statement, this is not Mignani’s first public dissent from Church teaching. At one of his previous violations of ecclesial teaching in 2018, Mignani organized and held an event advocating euthanasia and the withholding of nutrition towards the end of life. On that occasion also, the diocese issued its own public response, clarifying what is taught by “the official documents of the Church.”