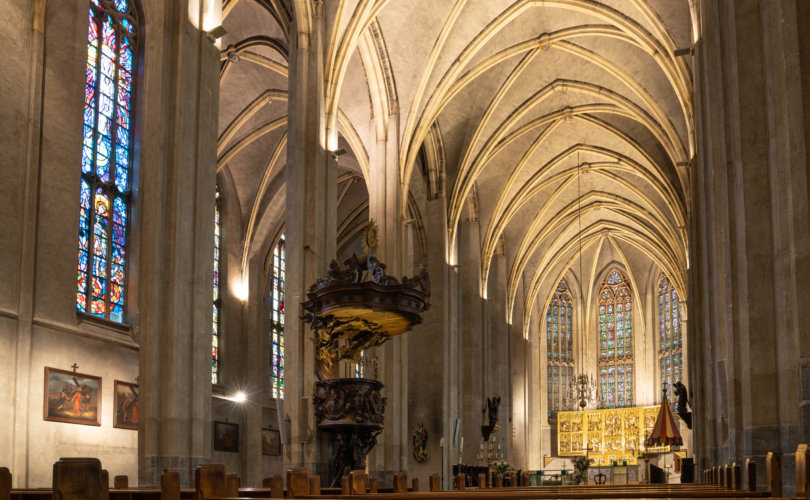 ROERMOND, Netherlands (LifeSiteNews) – As Mass attendance continues to dwindle, the Diocese of Roermond in the Netherlands recently announced its parishes will no longer offer the Mass every Sunday.

Citing a shortage of priests and volunteers as well as an increase in energy costs, Vicar General René Maessen wrote in a letter last month that parishes within the diocese will have Mass every other Sunday instead of weekly.

Conceding that the Church “cannot do without the Sunday Eucharist as the heart of all church life,” Maessen stated that the “the situation has changed radically in many places,” making weekly Mass no longer tenable in every parish in the region.

“In many deaneries it is simply no longer possible to find and maintain structured enough priests to celebrate the Eucharist every weekend in every church; other places are experiencing a shortage of priests,” Maessen explained in the letter.

“Other places experience a structural shortage of crucial volunteers, as a result of which the guarantee of a Sunday Mass is no longer guaranteed,” the vicar general added.

— Article continues below Petition —
PETITION: We won't give any money to liberal bishops who attack the Faith
Show Petition Text
10120 have signed the petition.
Let's get to 12500!
Thank you for signing this petition!
Add your signature:
Show Petition Text

Maessen said the decision to limit the number of Masses offered on Sunday was not “taken lightly,” especially “since such a decision is almost always irreversible,” but that the current circumstances have nonetheless forced the hand of the diocese.

Speaking about how the diocese will operate going forward, Maessen indicated that it is his hope that it will be “much more motivating” to be able to “bring together believers from different parishes in one joint eucharistic celebration,” rather than continue offering Mass to a small number of scattered Catholics.

According to Catholic News Agency, while the Netherlands is home to 3.7 million Catholics, like many Western nations with sizeble Catholic populations, just 4 percent report regular Mass attendance.

Dwindling Mass attendance in the Netherlands — and now the decision to abandon the offering of Mass each Sunday — comes despite the Church’s centuries-long practice of requiring the faithful to attend Mass each Sunday under the pain of grave sin.

In an article written by Fr. Manual Garrido for ETWN, the priest explained that the “moral obligation to participate in the eucharistic sacrifice on Sundays dates from the very beginning of Christianity,” and became enshrined as a “definite law” in the fourth century.