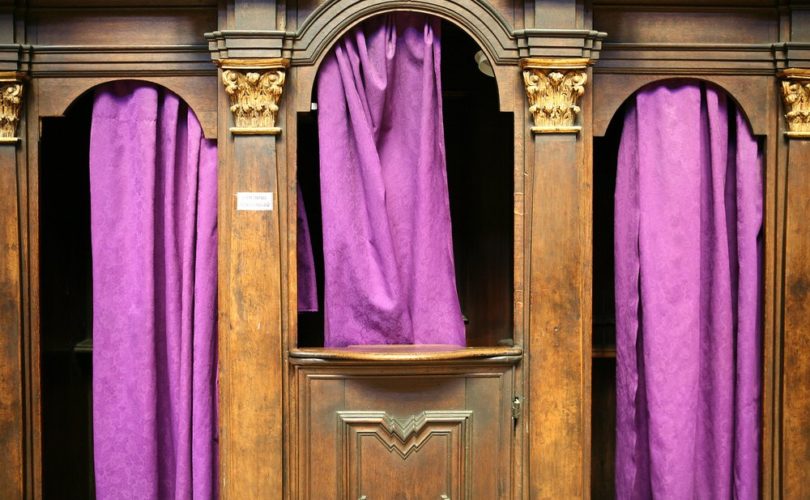 The Diocese of Baton Rouge is fighting back against a U.S. court’s attempt to force one of the diocese’s priests to testify about confessions that he may have heard – something the diocese says violates the sacred “seal of confession” and religious freedom.

The diocese and the priest, Father Jeffrey Bayhi, petitioned the U.S. Supreme Court on August 21 to reverse the May 2014 Louisiana Supreme Court decision – a decision that the diocese had vowed it would fight to the fullest extent of the law.

“The Louisiana Supreme Court's ruling strikes a very hard blow against religious freedom,” the diocese said in a statement shared with LifeSiteNews. “And one which the diocese and Father Bayhi feel compelled to vigorously contest.”

A diocesan representative told LifeSiteNews that up to this point the diocese has been limited in what it can publicly say about the case, which has lead to numerous misconceptions about the case in the public sphere.

If the decision is not reverse, “the Church would be irredeemably injured,” said the diocese in its appeal, “as its members realized that it could no longer offer the sacramental protections necessary for personal redemption.”

“We hope that what we can say will alleviate a lot of the misconception that’s out there,” Donna Carville said.

The Diocese of Baton Rouge has now published on its homepage a statement issued jointly with Father Bayhi, a Consent Motion to Unseal Records, and its Petition For Writ.

The initial case began in 2009 and involves a then-minor girl who alleged she confessed to Father Bayhi that a fellow parishioner had molested her. Parents of the girl, now 20, sued Father Bayhi and the diocese, claiming that he failed to comply with mandatory reporting laws. They also allege that he told her to keep quiet about the abuse and take care of the situation on her own, and that the diocese was negligent.

The alleged molester died of a heart attack in 2009 during an investigation of the accusations.

The diocese has contended throughout that Father Bayhi cannot even disclose whether confessions took place.

“This case concerns who—the Church or the state—gets to determine the meaning, content, and requirements of the Catholic Sacrament of Reconciliation—one of the Church’s most sacred and central practices,” the diocese said in its appeal to the U.S. Supreme Court.

“One central and necessary feature of the Sacrament is the ‘seal of the confessional,’” it said.

Catholic Canon Law holds that a priest who violates the seal of confession incurs automatic excommunication.

“The Church, moreover, celebrates the martyrdom of those who died to preserve the seal,” the diocese said in its appeal.

Carville also told LifeSiteNews that the case doesn’t just affect the diocese, but could have an impact on the whole Catholic Church.

“This is bigger than us,” said Carville.

If the decision is not reverse, “the Church would be irredeemably injured,” said the diocese in its appeal, “as its members realized that it could no longer offer the sacramental protections necessary for personal redemption.”

Carville told LifeSiteNews that a court date is set for July of 2015 in the district court where the original case was heard. The U.S. Supreme Court could decide at any point whether or not to hear the Diocese of Baton’s Rouge’s appeal.