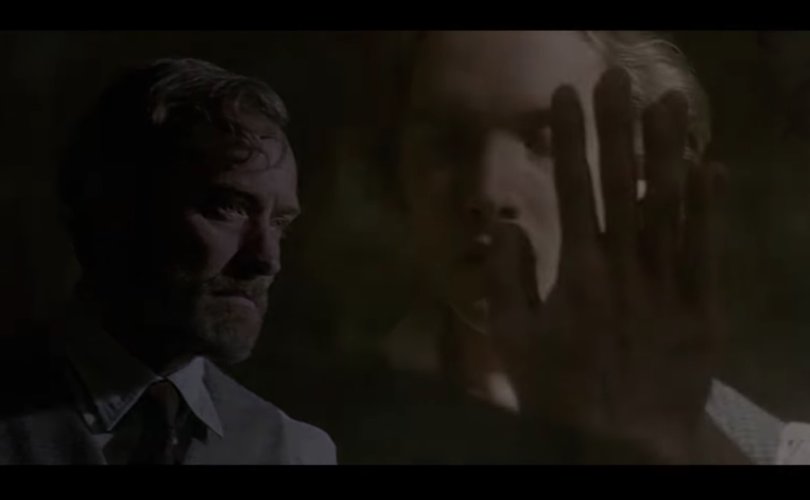 October 4, 2018 (LifeSiteNews) – November’s Harry Potter prequel Fantastic Beasts: The Crimes of Grindelwald will make “clear in what you see” that one of its main characters is homosexual, the director teased in a new interview.

During her 2007 tour for the final book of the main Harry Potter series, author J.K. Rowling told a crowd that “Dumbledore is gay, actually,” despite the elderly mentor character’s sexual attraction not being referenced in the books themselves. The bombshell earned her accolades from pro-LGBT activists but also criticism from parents concerned about exposing their kids to adult and morally-objectionable themes. Critics of the series, such as the late Vatican exorcist Father Gabriel Amorth and Pope Emeritus Benedict XVI, had already maintained that its subversive themes could negatively predispose children to curiousity about the occult.

The Crimes of Grindelwald, the second cinematic prequel to the novels’ film adaptations, stars Jude Law as a younger Albus Dumbledore, during the period when Rowling says he fell in love with and was ultimately heartbroken by the titular Gellert Grindelwald (played by Johnny Depp). Whether the Fantastic Beasts series would officially recognize Dumbledore’s sexuality has been a topic of ongoing speculation.

Rowling, who frequently speaks out on behalf of left-wing causes, is the film’s screenwriter.

Director David Yates angered LGBT activists in January when he told Entertainment Weekly that the film would “not explicitly” reference the subject, with the two characters’ relationship being more of an intellectual infatuation “with each other’s ideas, and ideology and each other.” Now, however, Yates is suggesting otherwise.

“This part of this huge narrative that [Rowling] is creating doesn’t focus on his sexuality, but we’re not airbrushing or hiding it,” he told Empire Magazine for their latest issue. “The story isn’t there in this particular movie but it’s clear in what you see […] that he is gay. A couple of scenes we shot are very sensual moments of him and the young Grindelwald.”

Yates’ comments align with previous teases by Law and Rowling that a full exploration of Dumbledore’s homosexuality may be held for future Fantastic Beasts movies, while one of this film’s “sensual gay moments” in question appears to be a shot included in some of Crimes of Grindelwald’s marketing.

The scene (at 1:09 in the above video) features “the Mirror of Erised, an object which shows a person their heart’s truest desire,” Nick Duffy of the pro-homosexual PinkNews explains. In the mirror, Dumbledore sees “himself with Grindelwald looking back.”

Homosexual characters are an increasing presence in mainstream films, television, comic books, and video games, including cartoons like Adventure Time and Gravity Falls marketed at children. The pro-homosexual lobbying group GLAAD has attempted to pressure studios to introduce more homosexual superheroes, and recently launched a new award to encourage more pro-LGBT themes in video games. Entertainment giant Disney has promoted homosexuality through its parks, merchandise, and even preschool cartoons, and reportedly plans to feature its first openly-homosexual movie character in next year’s Jungle Cruise.

GLAAD’s own research, as well as comic book retailers’ revolt last year against “social justice” themes in Marvel comic books, suggests an increasing number of Americans are losing patience with unsolicited LGBT and other left-wing themes in their entertainment.