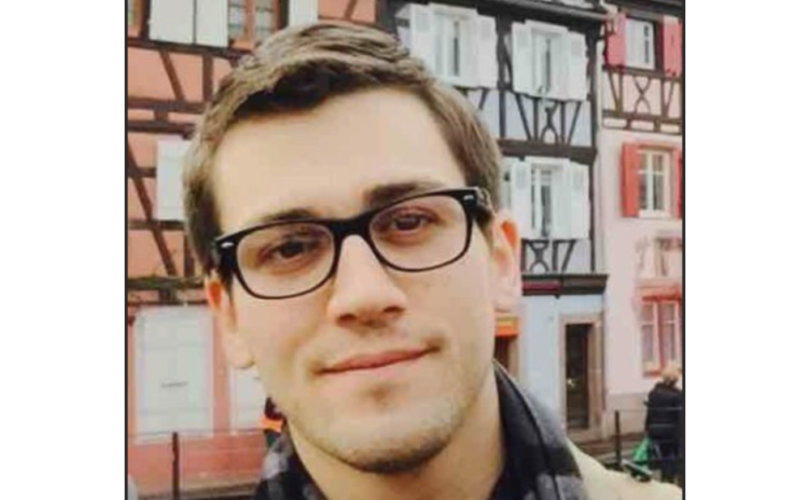 Jack Turban, whose research was slated as faulty.Jack Turban

(LifeSiteNews) – A new paper in Pediatrics, which reportedly debunks the idea of Rapid Onset Gender Dysphoria (ROGD) and social pressure leading more teens to identify as transgender, has been criticized across the spectrum for its faulty methodology.

University of California San Francisco professor Jack Turban, a paid consultant for homosexual group Lambda Legal and the ACLU, claimed in an August 3 publication in Pediatrics  – a journal produced by the American Academy of Paediatrics – that his research called into question ROGD. ROGD is the idea that children are identifying as gender-dysphoric due to social pressure.

He is paid up to $400 hour by the ACLU to testify in support of transgender surgeries and drugs, according to a sworn declaration from a federal court case that stems from Alabama’s prohibitions on the chemical and genital mutilation of children.

His research drew from survey data from 2017 to 2019. It did not study actual peer groups or interview individuals who identified as transgender nor their parents.

His research methodology led one social science reporter to call it a “disaster.”

“The study is a disaster — such a disaster it’s been torn apart by researchers who are very sympathetic to its overall argument,” social science journalist Jesse Singal wrote on his Substack. Turban, Singal noted, has publicly testified in support of the chemical and genital mutilation of children.

One problem, Singal noted, is that the survey questions asked students about their sex, but it’s not clear if the respondents understood the question to be about their actual “biological” sex or what they “identified” as when they took the survey.

“Although this question does not refer to sex assigned at birth specifically, several studies have found that [transgender] youth are likely to understand ‘sex’ to be sex assigned at birth rather than gender identity, due to the foundational salience of these characteristics to their identities,” Turban claimed. But none of the three studies he cited backed up his assertion.

LifeSiteNews reached out to Turban on August 5 about the research design of his paper but did not hear back. LifeSiteNews asked the professor why he did not interview gender dysphoric teens and ask what led them to identify as “transgender.” LifeSiteNews also asked Turban about the three studies which he claimed proved his point about how respondents understand the term “sex.”

— Article continues below Petition —
Parents' Pledge: We will pull our children out of explicit sex-ed classes
Show Petition Text
3957 have signed the petition.
Let's get to 4000!
Thank you for signing this petition!
Add your signature:
Show Petition Text

Catholic University of America’s Michael New, a professor of social research with a background in statistics, shared further concerns with LifeSiteNews.

“The reported decrease between 2017 and 2019 in the percentage of adolescents who identify as transgender shows very little,” he wrote. “Many adolescents may not answer survey questions about sensitive issues truthfully. Also as others have noted, the survey does not specifically ask respondents what sex they were assigned at birth. That makes the results difficult to interpret. when asked of their sex, some biological males might have indicated they were females.”

“Furthermore, even if there is a short-term decrease in the percentage of adolescents who identify as transgender– there has certainly been a long-term increase during the past 5 to 10 years. The authors never discuss this,” he wrote in his email.

“Research on social issues has become very politicized. Academic journal editors are often reluctant to accept articles that make conservative arguments or have conservative policy implications,” he wrote. He mentioned the criticism Social Science Research received in 2012 for publishing a study from Mark Regnerus which “found that children raised in single sex household fare less well on a variety of metrics, than children raised by their own biological parents.”

“Similarly, journals may be unwilling to publish research on the negative health impacts of abortion,” New told LifeSiteNews.

Even researchers who support “gender-affirming care” found flaws with the research design. Applauding Turban for taking on transgenderism critics, they wrote still, “science and public health as a tool of social justice requires methodological rigor in addition to conviction and intent.”

“While this study was admirable, we find that the results were overinterpreted and that the theoretical and methodological shortcomings of the article run the risk of being more harmful than supportive,” the authors wrote. Signers to the response letter include University of Pennsylvania medical student Elle Lett, a “Black, transgender woman, statistician-epidemiologist and physician-in training” and University of Michigan social scientist Avery Everhart, a “gender-queer woman” involved with Northwestern University’s Center for Applied Transgender Studies.

There is no singular champion for trans health. There are hundreds of us. The danger of propping up one person is that if they ever make an error (or many!) then the house of cards they build in the scientific literature will fall.

Leor Sapir, with the conservative Manhattan Institute, criticized the paper as well.

The survey used “asks respondents whether they identify as trans; it does not track how many of these adolescents have sought medical transition,” Sapir wrote in City Journal. “And in any case, even if Turban is right about the ratios, a decline of girls relative to boys at gender clinics would not refute social contagion, just as a reduction in the infection numbers of Covid wouldn’t prove that Covid is not a contagious virus.”

“In a field known for its weak methodologies and even weaker scientific conclusions, Turban’s study sets a new low,” Sapir wrote.

“That a study like this can pass the peer-review process unscathed, especially at a time when European countries are shutting down or putting severe restrictions on pediatric transition, is a sorry statement about the quality of knowledge gatekeeping in the medical research community,” the Manhattan Institute researcher wrote.

American journalists tout its findings without giving readers relevant information about its flaws, while left-of-center journalists in Britain have been busy blowing the whistle on the pediatric gender-medicine scandal. The U.S. has a long way to go to bring medical practice in line with scientific knowledge and common sense.

U.K. health officials recently closed the Tavistock “transition” clinic after years of scandal, though other facilities are slated to open. Finnish health officials in 2021 warned against puberty blockers for children and banned mastectomies for kids.

Dr. Lisa Littman, the researcher who popularized the ROGD theory, did not respond to an email on August 5 that asked for comment on Turban’s paper.

Other commentators have called into question Turban’s research and transgender advocacy.