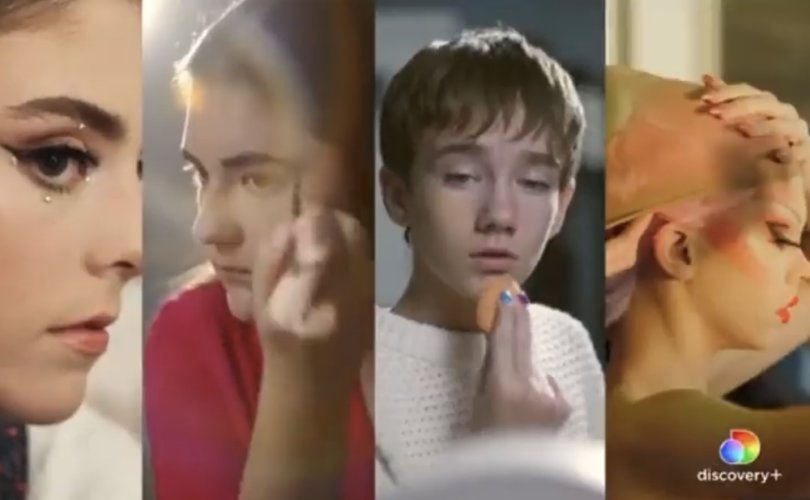 (LifeSiteNews) – Television streaming service Discovery+ announced that next month it will launch a new limited series offering a glowing look at teenage participation in the world of drag.

Executive produced by celebrity Tyra Banks, the six-episode Generation Drag “follows five teens and their families as they anticipate their biggest drag performance at Dragutante, a drag show designed as a platform for LGBTQ+ teens to express themselves,” according to the press release. “The show gives an intimate look at the lives of these families as they courageously support their kids who are navigating their true identities.”

“I have such admiration and respect for these teens. They are bravely navigating coming into their own in a world that can be very challenging and not always accepting. What is so beautiful is seeing their parents and siblings supporting them,” Banks said. “These teens’ laser-focused tenacity inspires my team and me and we are honored to share their stories. I can’t wait for these popping personalities to show their fierceness to the world.”

The teens include Jameson, who “brings a desire to lyrically express his hurt emotions of not being accepted by certain family members”; Noah, a “trans female teen exploring her first romantic relationship”; Vinny, “who is a perfectionist and was born to perform”; Bailey, whose drag persona “gives him the confidence to open up and make new friends”; and Nabela, who “still longs for the acceptance of her maternal grandmother who she fears may never accept her.”

While the show is part of Hollywood’s ongoing push to present affirmation of gender dysphoria as beneficial to children and teenagers, evidence suggests the opposite.

A range of scientific literature indicates that while reinforcing gender confusion may give a patient short-term satisfaction, over the long term it often fails to prevent, or actually exacerbates, significant emotional harm up to and including attempted suicide (with or without surgery), because fixating on “gender affirmation” tends to distract from exploring other issues that may be the actual root of a patient’s mental or emotional unrest, and from the fact that “transitioning” frequently comes with psychological side effects.

On top of those issues, experts outside the medical establishment warn that surgically or chemically reinforcing gender confusion imposes irreversible harm on children such as infertility, impairment of adult sexual function, and reduced life expectancy, as well as the psychological toll of being “locked into” physical alterations regardless of whether they change their minds when they mature. Studies indicate that more than 80 percent of children experiencing gender dysphoria outgrow it on their own by late adolescence, unless their confusion is reinforced by adults.

In fact, a recent forum gave voice to firsthand accounts affirming the above from worldwide “detransitioners,” people who ultimately returned to living as their true sex, who also spoke about the biases, blind spots, and negligence on these points from the medical establishment. One of the participants, “ex-transgender” Michelle Alleva, argued that the need for strong evidence supporting a favored course is now disregarded in the name of a cultural agenda.

Alleva contends that pro-transition studies often suffer from failure to follow up with patients over a long-enough period of time, and that transition regret is difficult to track because of the number of regretful patients who do not follow-up with their doctors. She also argues that “informed consent” for transition procedures cannot be satisfied without a thorough mental evaluation of a patient, not to mention the unknown variables of the interventions themselves.

A video highlighting an interview with another such detransitioner, Helena Kerschner, was recently deleted by Google-owned YouTube.