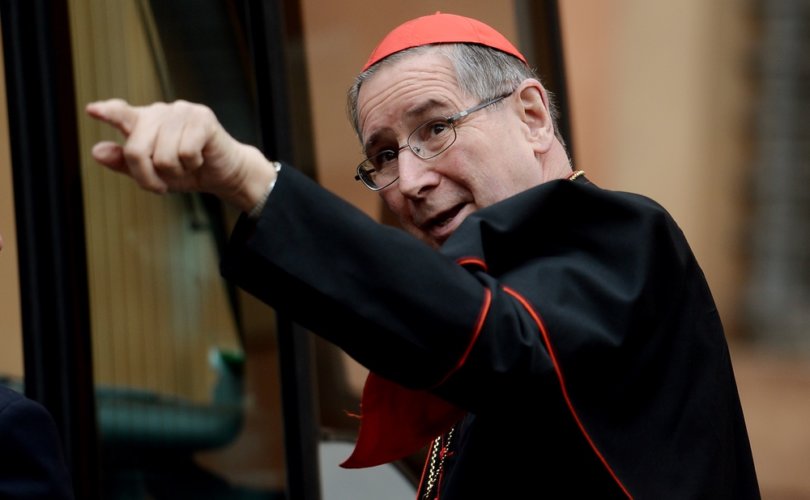 January 11, 2018 (Joseph Sciambra) – Despite a 2013 statement from Archbishop Jose Gomez, the current head of the largest archdiocese of the Roman Catholic Church in the United States, Cardinal Roger Mahony will speak at the 2019 Los Angeles Education Congress (LA REC). The topic of his March 23rd address will be “Connecting Junior High and High School Students with the Volatile Immigration Issues.” According to his short biography on the official LA REC website:

Cardinal Roger Mahony led the Los Angeles Archdiocese from 1985 until his retirement in 2011. Born in Hollywood, he was the first native “Angelino” [sic] to be elevated to the position of Cardinal. Cardinal Mahony oversaw the design and building of the Cathedral of Our Lady of the Angels, which was dedicated in 2002, and now serves the total archdiocese of over 5 million Catholics. Since his retirement, Cardinal Mahony has devoted himself to the cause of comprehensive immigration reform on behalf of our immigrant brothers and sisters as well as refugees and displaced persons around the world.

On January 31, 2013, after files from the Archdiocese were released following a 2007 sex abuse lawsuit settlement that resulted in the largest pay-out ($660 million) in Church history, Archbishop Gomez stated:

I have informed Cardinal Mahony that he will no longer have any administrative or public duties.

In the same 2013 statement, Archbishop Gomez announced that he had accepted the resignation of Auxiliary Bishop Thomas Curry as the Regional Bishop of Santa Barbara. According to documents released by the Archdiocese, beginning in the 1980s, then-Father Curry advised Mahony on how to avoid police involvement with priests accused of sexually abusing minors. In one case, Curry advised Mahony to keep a priest, Kevin Barmasse, accused of molesting a boy, from returning to Los Angeles; the priest was in active ministry in Arizona. In Arizona, the priest molested five teenage boys. These documents also revealed that Mahony repeatedly transferred, out of California or the United States, priests who had been accused of abuse in an attempt to allow the statute of limitations to expire.

Curry's successor, Bishop Robert Barron, will also speak at the 2019 LA REC. The LA REC is the largest annual gathering of Catholics in the United States.

A 2010 videotaped deposition in a lawsuit involving Michael Baker, a priest of the Archdiocese of Los Angeles who admitted to Mahony that he molested boys, a lawyer asked Cardinal Mahony why he never notified police about Baker's admission. “Wouldn't that be the right thing to do?” the lawyer asked. Mahony answered: “Well today it would…But back then that isn't the way these matters were approached.” After Mahony knew of Baker's past abuse of minors, Mahony returned him to active ministry, where Baker abused more boys.